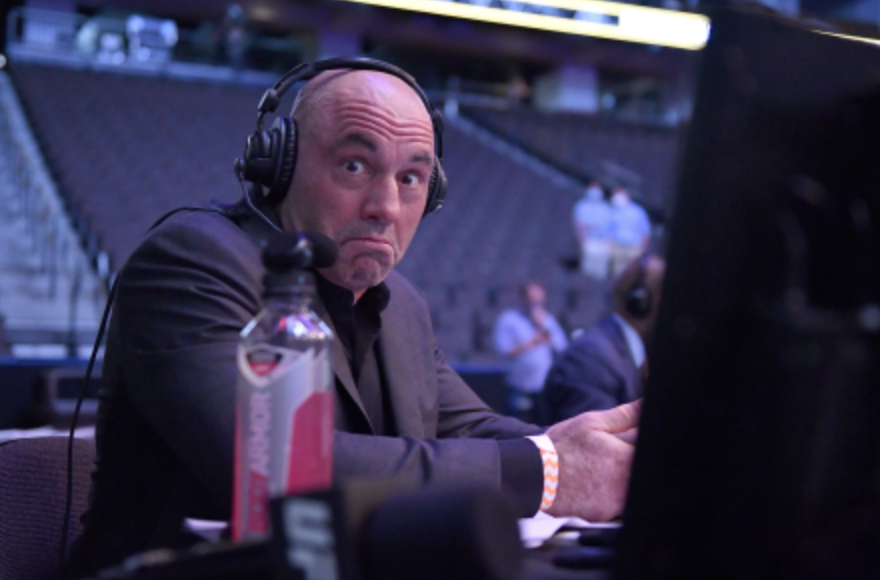 Joe Rogan is the king of dumb conspiracy theories. He’s constantly going on about something that’s unprovable because that’s what his audience loves. When the facts don’t line up with your way of thinking, you have to travel into “what if?” land.

Rogan’s latest adventure into ‘What If?’ land came on the Thursday episode of his podcast, where he claimed Joe Biden didn’t really get a COVID-19 booster shot earlier this week.

For those who missed it, Biden received a third dose of the Pfizer vaccine on Monday, which is recommended for those over the age of 65 or those with underlying medical conditions.

Today I got my COVID-19 booster shot—and just like my first and second dose, it was safe and easy.

Get vaccinated. Together, can we save lives and beat this virus. pic.twitter.com/gtNAQqmOoj

But Rogan believes it was all a performance.

I think if they were going to give him a booster shot, the last thing they would do is give it to him live on television. What if he dies? What if he blacks out? What if he like gets it and faints? Like, because people have had very bad reactions like in the moment for whatever reason.

As far as I know (could be wrong) I haven’t heard of anyone just randomly dying seconds after receiving the vaccine. Some people have had severe allergic reactions, but we’re going to assume Biden didn’t have any reaction to the first or second shot, so they probably felt pretty confident he’d be fine with a third.

Of course, this isn’t the first time Rogan has spread COVID-19 nonsense. He previously told young people that they shouldn’t get the vaccine.

Then once his money was threatened, he went back on his comments and called himself a “f**king moron” who is not a respected source of information, which unfortunately isn’t true.

Millions of people listen to his podcast, and for whatever reason, they believe he’s the smartest dude in the world. They will listen and buy whatever he’s selling, so his whole, “I’m just a dumb dude with a microphone” act ain’t fooling anyone. He knows exactly what he’s doing.