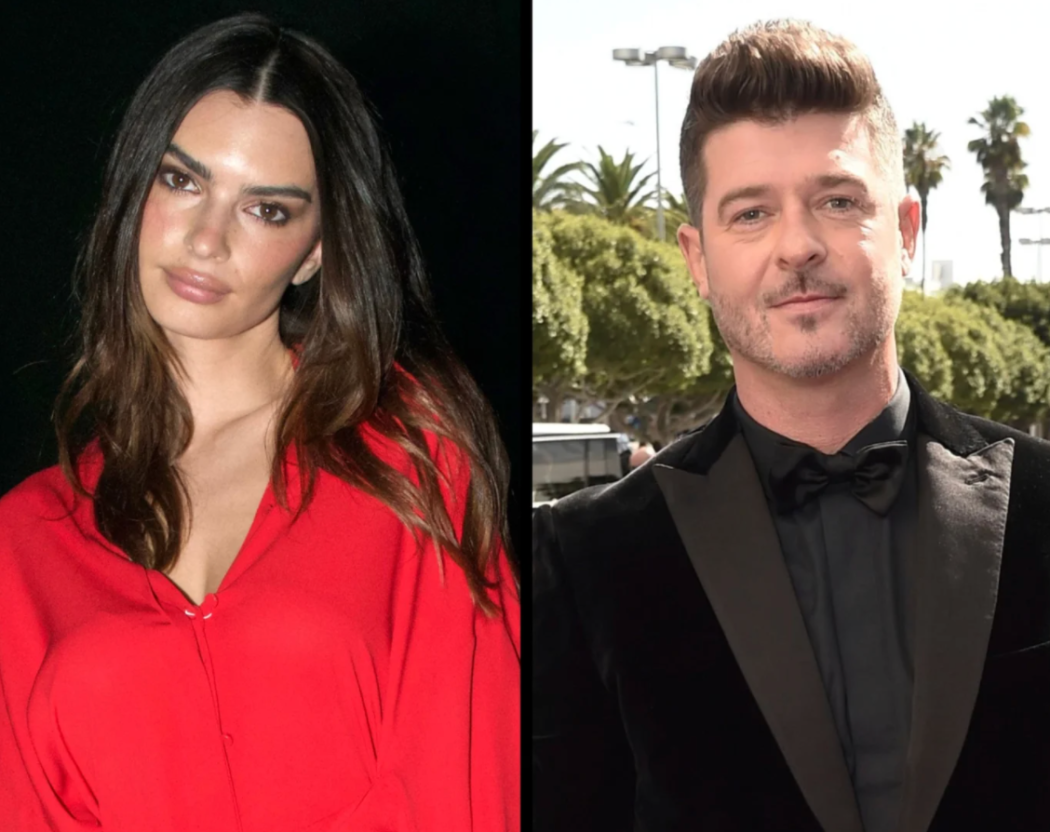 You all remember Robin Thicke’s ‘Blurred Lines‘ track, right? The song was pretty damn catchy, but also really messed up if you paid attention to the lyrics.

Pharrell produced the song, and he later admitted to being embarrassed by it. In 2019, he told GQ Magazine the following…

My mind opened up to what was actually being said in the song and how it could make someone feel. Even though it wasn’t the majority, it didn’t matter. I cared what they were feeling too. I realized that we live in a chauvinist culture in our country. … [I] didn’t realize that some of my songs catered to that.

But perhaps even more than the song itself, the music video received lots of attention and millions of views, mostly because it featured a half-naked Emily Ratajkowski dancing around. It’s what put her in the spotlight.

Now though, she’s opening up about the terrible experience. In her new book, My Body, the actress/model wrote about how she was enjoying filming with the all-female crew, but then everything changed when she was alone with Thicke.

Suddenly, out of nowhere, I felt the coolness and foreignness of a stranger’s hands cupping my bare breasts from behind. I instinctively moved away, looking back at Robin Thicke. … He smiled a goofy grin and stumbled backward, his eyes concealed behind his sunglasses. My head turned to the darkness beyond the set.

The music video’s director, Diane Martel, saw the incident happen and yelled to ask Emily if she was okay. Emily claims she tried her best to minimize the situation.

With that one gesture, Robin Thicke had reminded everyone on set that we women weren’t actually in charge. I didn’t have any real power as the naked girl dancing around in his music video. I was nothing more than the hired mannequin.

The director says Thicke did apologize for the incident, but it didn’t really seem like a genuine apology. Apparently, he had been drinking before the event.

Several outlets have reached out to Thicke, but he hasn’t responded to the media.