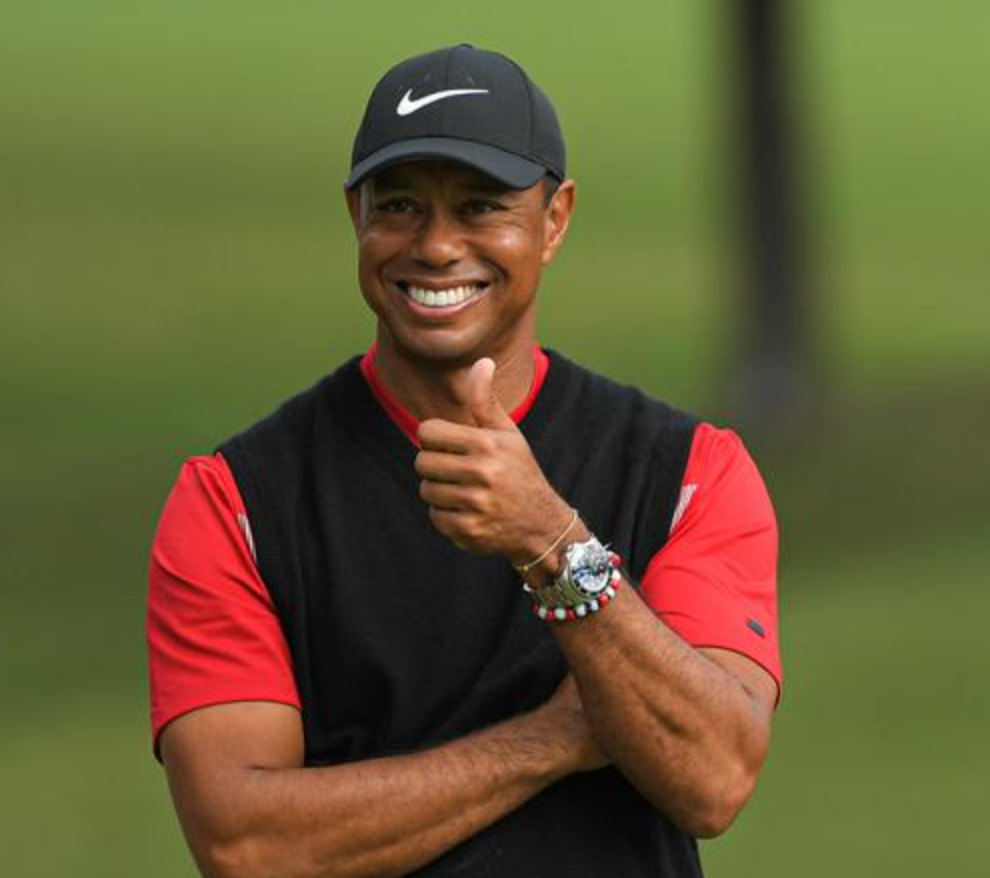 It’s been around eight months since Tiger Woods was involved in a terrible car accident in California. He could have died during the accident. He was lucky to survive, but he did not escape without injury.

As most of you know, he messed up his right leg pretty badly. The leg was basically crushed and doctors had to perform several surgeries on it. We wouldn’t be surprised if it’s all rods inside his leg at this point.

Some people speculated that this crash marked the end of Tiger Woods’ professional golf career. He had already been struggling with injuries, so people thought for sure this injury would just be too much to come back from.

But this is Tiger Woods we’re talking about here. The GOAT. If anyone can come back from such a debilitating injury, it’s Woods.

And while the comeback isn’t complete, we are seeing signs that it could be coming. The golf legend was out in Port St. Lucie, Florida, on Sunday watching his son, Charlie, play in a junior golf tournament. Woods was spotted walking around the course with no limp and no crutches.

A witness tells us Tiger — who is still wearing a sleeve on his surgically repaired right leg — was in great spirits, alternating between walking holes and riding around in a golf cart for others.

We’re told Tiger was speaking with fans throughout the tournament … thanking them for encouraging words while he was following Charlie around the track.

These photos are significant because it marks the first time he’s been spotted without crutches since the accident.

We still don’t know where Woods is in his rehab process. Has he tried to swing a golf club again? Is he secretly getting back out there? We don’t know. His team hasn’t been telling the media anything.

But hey, walking around a golf course without any assistance is a huge step forward in the recovery. It’s definitely a good sign.