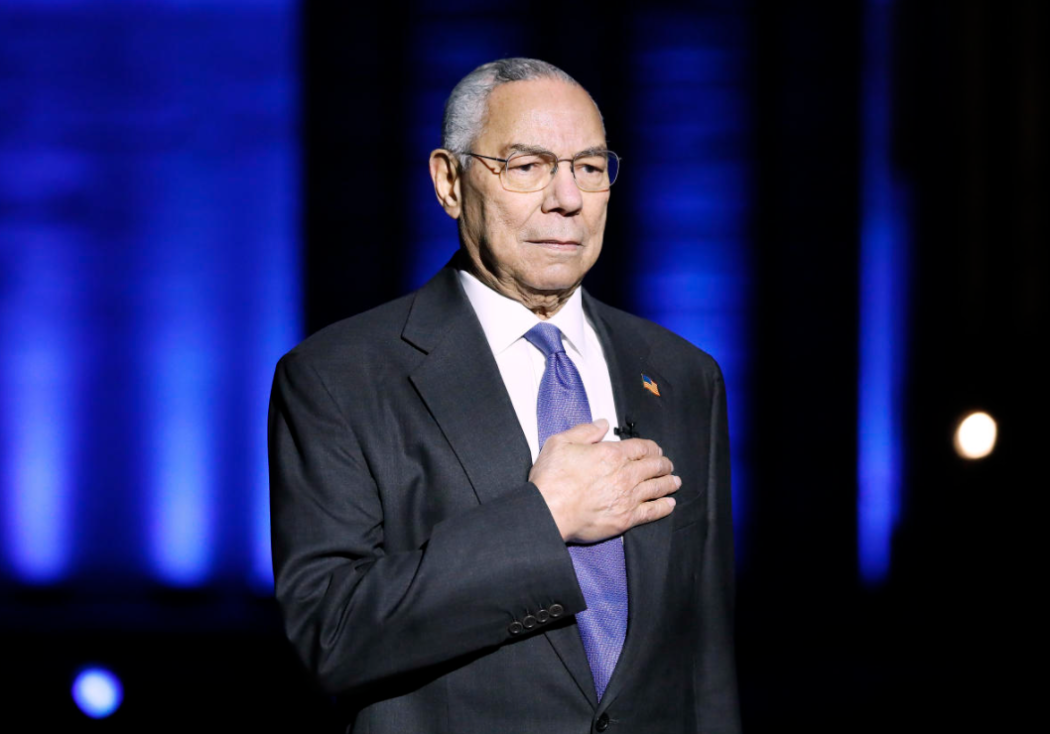 Some sad news to report today. Former Secretary of State Colin Powell died early Monday morning (Oct. 18) due to complications from COVID-19. He was 84-years-old.

His family confirmed the news. Powell was fully vaccinated against the virus, but he had been battling multiple myeloma, which is a type of blood cancer that affects white blood cells and can severely compromise the immune system, so it’s likely the vaccine wasn’t able to build up enough protection.

His wife also had a breakthrough case but she responded well to treatment.

Powell was the first Black secretary of state and the former chairman of the Joint Chiefs of Staff.

Born April 5, 1937, in Harlem, New York, to Jamaican immigrants, Powell was a ground-breaking figure in Washington and garnered respect from both sides of the aisle. Powell joined the U.S. Army after graduating from college in 1958. Across his 35-year military career, he served two tours in Vietnam and was stationed in West Germany and South Korea.

From there, he served in top roles under four presidents, including Ronald Reagan, Bill Clinton and George W. Bush.

While Powell served primarily Republican presidents and was floated as a possible candidate himself, he drifted away from the GOP in his later years. The retired four-star general endorsed former President Barack Obama in 2008 over Republican nominee Senator John McCain, and again in 2012. He backed Hillary Clinton in 2016, and supported President Biden over former President Donald Trump in 2020.

In a statement to the media, President Bush had this to say about him…

He was such a favorite of presidents that he earned the Presidential Medal of Freedom — twice. He was highly respected at home and abroad. And most important, Colin was a family man and a friend. Laura and I send Alma and their children our sincere condolences as they remember the life of a great man.