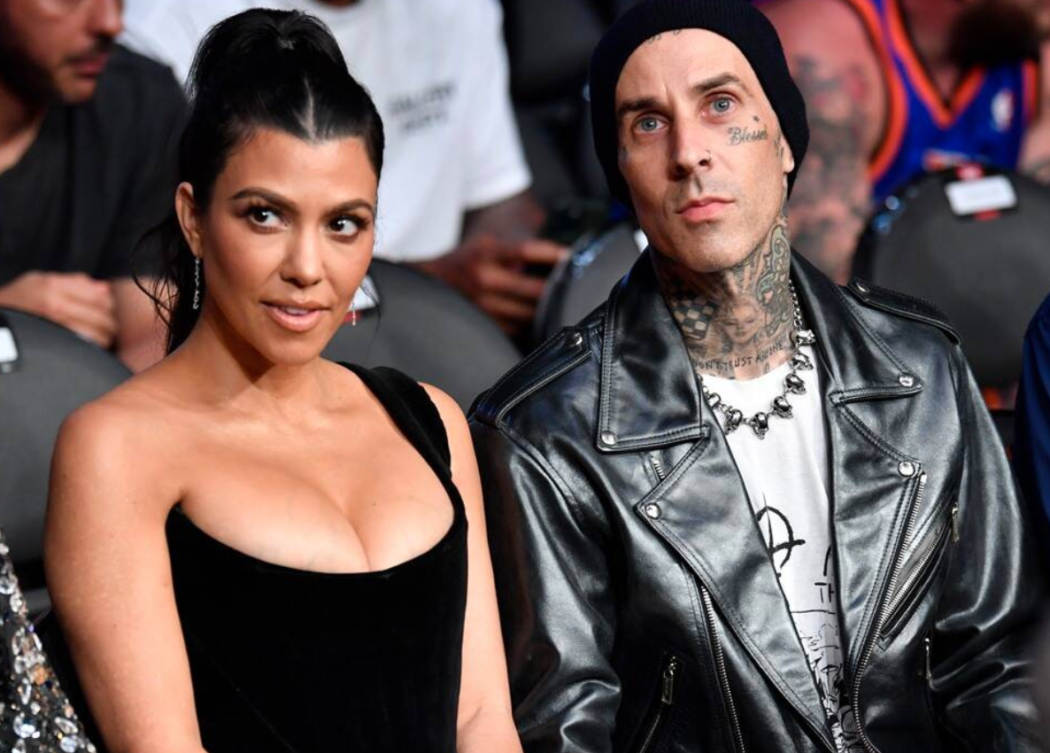 Kourtney Kardashian and Travis Barker Are Engaged, Check Out The Giant Rock Inside!

They say size doesn’t matter in the bedroom, but what about at the altar? It feels like a game with celebrities… who can wear the biggest engagement ring on their finger?

Well, Kourtney Kardashian is certainly in the running. It was revealed on Sunday that Travis Barker asked Kourtney to marry him. He popped the question while on a trip to the beach on October 17.

Apparently, Khloe Kardashian and Tristan Thompson were there to celebrate with them.

Travis escorted Kourtney down to the beach, where he had red and white florals set up in the shape of a heart. It looked very romantic. I could see Kourtney smiling from ear to ear and put her hand over her mouth looking surprised. The family cheered for them and went back into the hotel.

The whole family was inside the hotel waiting for them, including Barker’s kids. It was actually Barker’s 15-year-old daughter, Alabama, that shared the first shot of the wedding ring.

If you’ve been following along, then you had to know this was coming. Travis and Kourtney have been hot and heavy. They’ve been moving at an incredible rate of speed, which is kinda scary.

Are they actually in love? Or is it lust? Hopefully they’ve figured that out.

Insiders claim it was an instant connection:

Scott is going crazy. He’s going to go off the deep end. It’s really bad. It’s about to get dark.

Let’s hope the source is just being dramatic, but we wouldn’t be surprised to see Scott spiral a bit. He was clearly still in love with Kourtney.