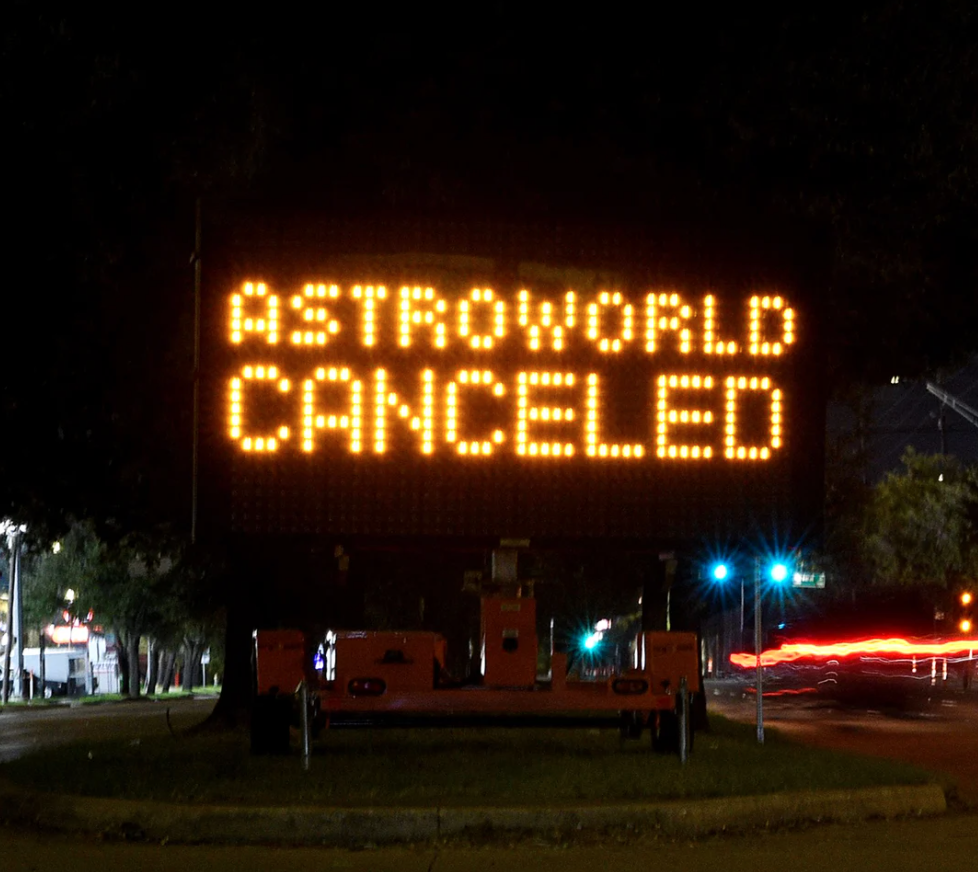 You have probably heard all about this horrific Astroworld tragedy. At least eight people died during Travis Scott’s 2021 Astroworld Festival and dozens more were seriously injured.

According to reports, the music event took a nasty turn when the massive crowd surged forward and trapped thousands of people.

Houston Fire Chief Samuel Peñ revealed there were around 50,000 people in attendance.

At the start of the mass casualty incident, when it was triggered … We transferred 17 patients to the hospital. We won’t know the cause of death of the eight that were confirmed until the medical examiner has completed his investigation, but we are in the process — Houston Police Department — is sending units to the hospitals to identify these patients.

Travis Scott was onstage performing when all this was going down, and there is a clip of him asking for help once when he noticed a fan had passed out. But there’s also a clip of him seeing an emergency vehicle trying to fight its way through the crowd, and he appeared to not give a f**k and just continued the show.

How much blame Scott should take for this event is dependent on who you ask. There are sources claiming the festival and Scott did everything they could to help, while others say they did bare minimum and were not at all prepared.

The internet, specifically Reddit, spent the weekend digging up every terrible thing Scott has said or done in the past to prove he’s a terrible person. And honestly, they found A LOT of truly awful sh*t. But at the same time, you could probably find a lot of clips portraying him in a positive light as well.

In any event, the internet won’t have final say in this tragedy. The courts will, because yes, a lawsuit has already been filed.

At least three lawsuits have been filed on behalf of people who say they were injured at the Houston music festival where at least eight people were killed. The defendants include rappers Travis Scott and Drake and venue and entertainment company Live Nation. Two of the suits are seeking $1 million in damages.

And this is just the beginning. There are going to be several lawsuits, and the ones that come from the families of the deceased will be difficult to fight against.

These lawsuits blame Scott and Drake for inciting a riot and violence. They also claim Live Nation failed to provide adequate security and medical services.

We don’t know for sure if Scott called for any sort of charges/riots, but we know he’s called for them before at previous shows. Heck, one time he told the crowd to beat up some dude who tried to take his shoe.

Not looking good for Scott here. But the good news is that he has Kris Jenner on his side. She’s a very powerful woman.