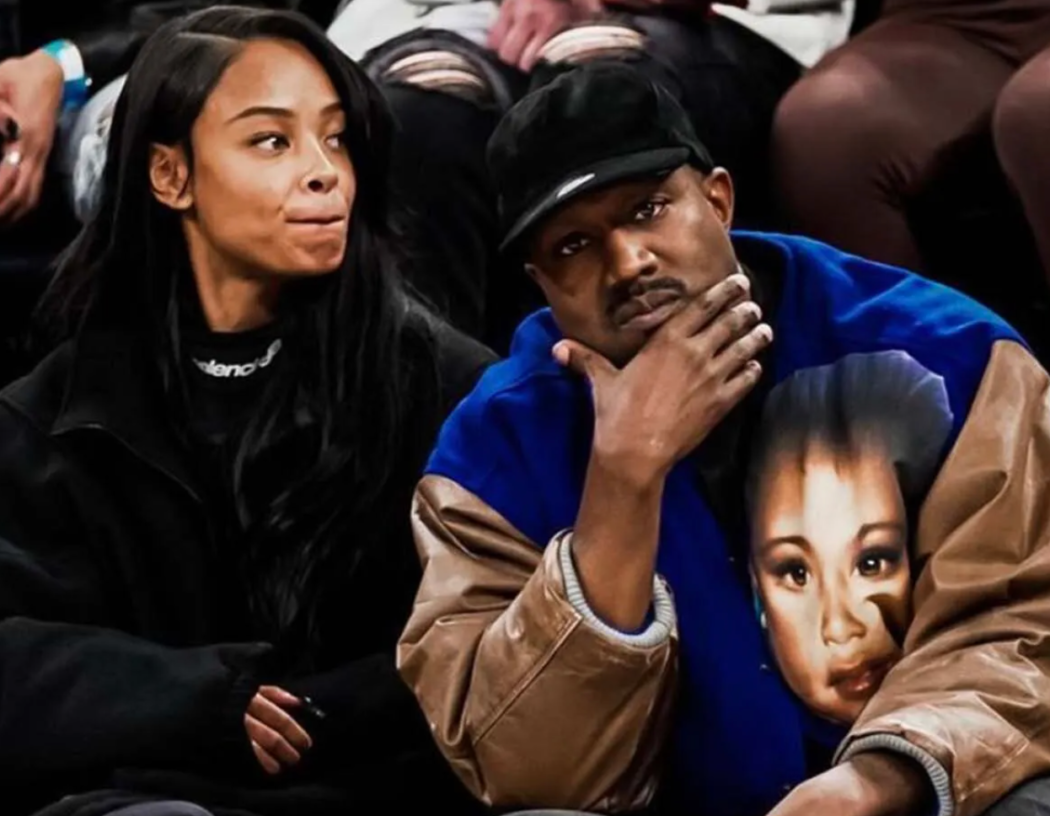 We told you last week that Kanye West was not over Kim Kardashian. During a recent episode of Revolt TV’s Drink Champs, the 44-year-old billionaire talked about how Kim is still his wife until the divorce is finalized.

But apparently that was filmed a couple weeks back (before he shaved off his eyebrows) and now he’s ready to move on? Or at least attempt to move on?

West was spotted hanging with 22-year-old model Vinetria at a Donda academy basketball game in Minneapolis this past weekend. And while this was their first public outing together, sources say they’ve actually been hanging out a lot the past month or so.

In fact, sources say Vinetria was there with Kanye when he recorded the Revolt episode, but apparently they weren’t dating then. Now, it looks like it’s getting more serious.

Insiders claim the two are “dating” now, but others say they’re just hooking up, which I mean… could mean the same thing these days? It feels like everyone is either hooking up or getting married. Everyone is skipping the dating stage.

This appears to be Kanye’s second “girlfriend” after the split from Kim. He previously dated model Irina Shayk this past summer for a month or two.

Kanye definitely seems like the type of dude who would only date models. As if all other women are beneath him. He needs a model, you know? For his ego.

Meanwhile, Kim is over here dating this goofball…