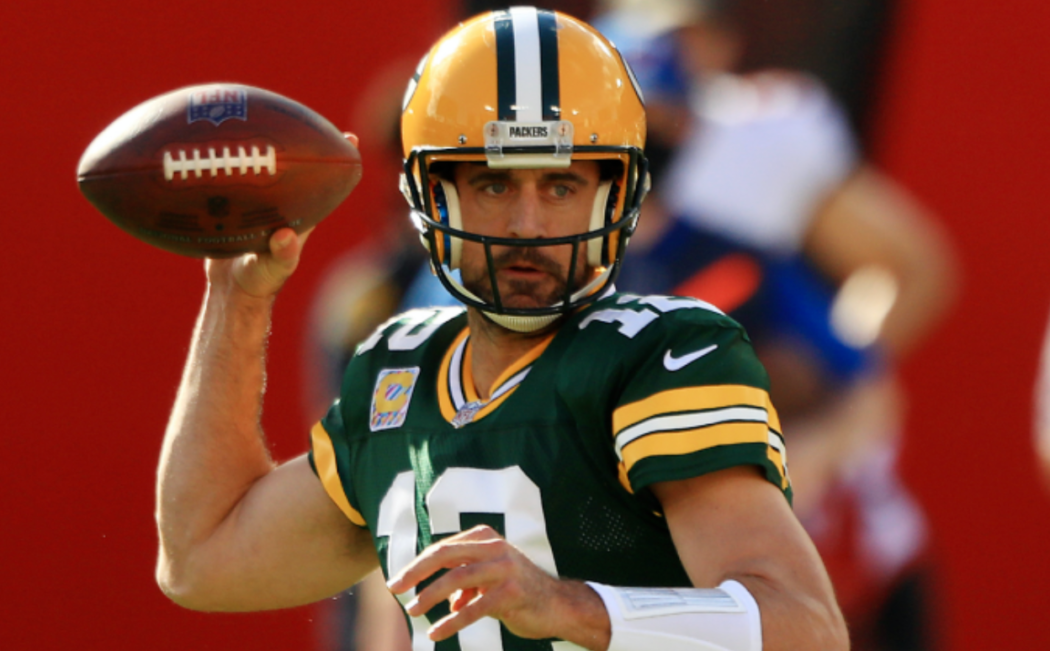 There is some major drama happening in the NFL, and none of it has anything to do with the play on the field.

As you probably have heard, Green Bay Packers star QB Aaron Rodgers recently came down with COVID-19. On the surface, that doesn’t sound like a huge story. Several pro athletes have tested positive throughout the past year.

But Rodgers’ positive test came with a bunch of controversy because it was determined that he was NOT vaccinated. You see, several months ago, Rodgers was asked if he was vaccinated, and he responded by saying he was immunized, which led many to believe he was vaccinated.

After all, he wasn’t wearing a mask during media events, which is reportedly a requirement for all non-vaccinated players.

Sadly, it looks like the Packers were making an exception for their star because Rodgers hasn’t been vaccinated this entire time.

It turns out he was doing other homeopathic techniques to raise his antibodies, and petitioned the league to consider him vaccinated, which they did not.

And following this news, Rodgers has only hardened his stance on the vaccine. He went on The Pat McAfee show to slam the NFL.

Rodgers lamented the NFL’s COVID protocols and said that they were not always rooted in science. The reigning NFL MVP said the protocols had turned into a ‘witch hunt’ to shame those who were unvaccinated.

Yeah, we’re sure his homeopathic techniques were just rooted the f**k out in science.

Anyway, several people have called out Rodgers, including Howard Stern of all people. On his show on Monday, the 68-year-old host trashed the quarterback and claimed he should be fired.

I was so worked up over the weekend about this f–king Aaron Rodgers of the NFL. I don’t even know where to begin with that story. I mean, this f–king guy. I don’t watch football, sorry. I’m not a big fan. I know the guy’s a real good football player, that’s why they put up with his bulls–t.

If there was decency in this world, I would throw this guy out of the football league so fast [for] what he did to his fellow teammates. And, you know, bravo [to] Terry Bradshaw for what you said and everyone else who’s got half a brain in this country. But this f–king guy, they should throw him out of the league so fast. … Come on, dude, really?

What do you think about this whole thing? Apparently, at some point, Rodgers mentioned he got advice from Joe Rogan, so uh…yeah. There’s that.