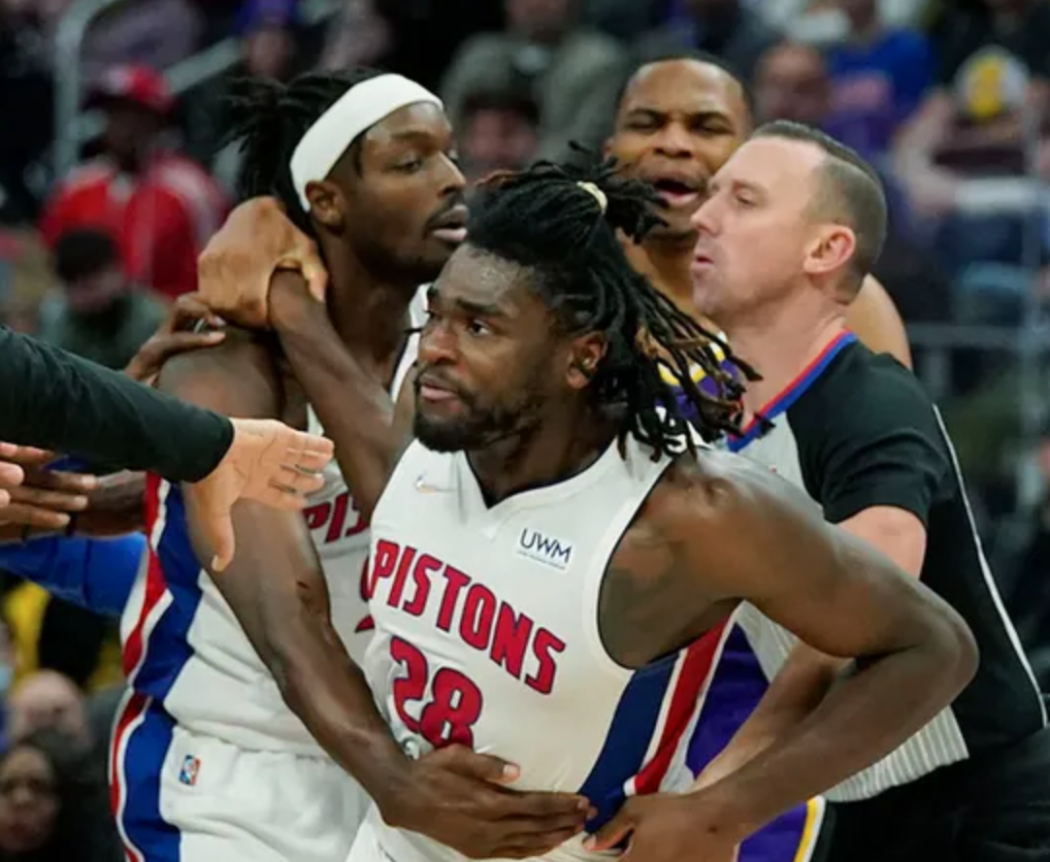 This incident started a wild scene in Detroit. pic.twitter.com/QErbBgE3dP

LeBron was trying to box him out after a free throw attempt, but Stewart was hanging on to him. This frustrated LeBron, so he turned around and basically punched Stewart in the face. He made it seem like it was an accident, as if he was just throwing an elbow, but the footage shows otherwise.

Stewart had blood pouring down his face from a cut on his forehead as he charged toward LeBron for revenge. Of course, they were both swarmed by teammates, refs and coaches.

But Stewart wasn’t having it. He’s an absolute unit, standing at 6’8 and weighing over 250 lbs. It took multiple people to hold him back, but even then, he’d trick them into believing he was calm, only to run halfway across the court at LeBron.

It was a pretty incredible scene…

LeBron James was ejected with a flagrant 2 foul on Isaiah Stewart.

It’s been a minute since we’ve seen someone THIS pissed on the court. At one point, he tried to run down the tunnel and come out the other side, but thankfully police and security were waiting for him.

Obviously he was tossed from the game. LeBron was also removed. He was hit with a flagrant 2 foul.

It’s likely both James and Stewart face suspensions for this madness. The only question will be for how long? If the NBA determines that James’ punch/elbow was intentional, he could be slapped with a four or five game suspension. Although most people believe it’ll be two or three games.

We’re sure he’ll gladly take that over possibly being murdered by Stewart in front of millions of people on live television.