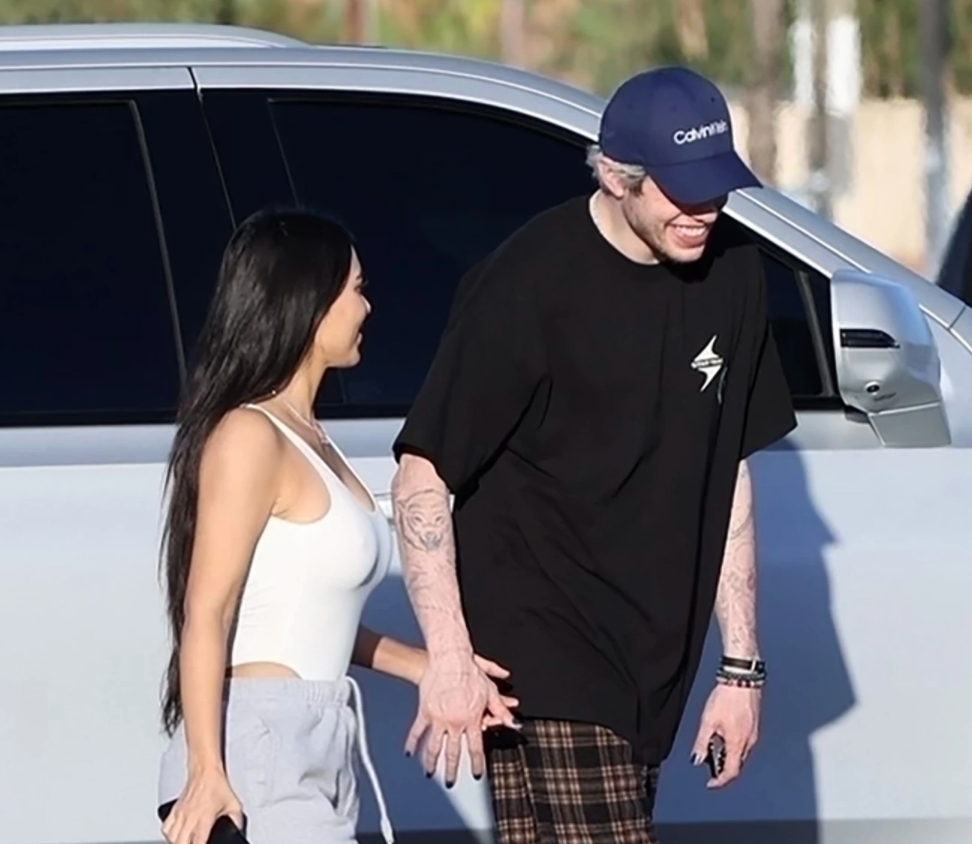 Kim Kardashian hasn’t been this open with her sexuality since she had sex with Ray J on camera.

The 41-year-old reality star is apparently smitten with 28-year-old comedian Pete Davidson. As you should know by now, the two stars are dating and much to everyone’s surprise, their connection is growing deeper by the day.

During a special dinner date together in Los Angeles on Sunday, Pete was photographed with this disgusting-looking hickey on his neck.

That’s a big yikes from me. A hickey? At 28-years-old? Come on, man. And Kim, you’re giving a hickey at 41? It’s like they’re in a PDA battle with Kourtney Kardashian and Travis Barker.

She’s acting like a teenager. She’s constantly giggling. Pete has made her feel like the clock has moved 20 years back. She seems happy.

And while this all sounds like sunshine and rainbows, we have to remember that this is how most of Pete’s relationships start.

He makes them laugh, they have LOADS of fun together for a couple months, and then the magic slips away. We don’t know if that’s because he gets bored of them, or if they get bored of him, but either way, his relationships don’t typically last.

Will this fling with Kim be any different? History says no, but we’ll just have to wait and see. It’ll be interesting to see if they spend Thanksgiving or Christmas together.