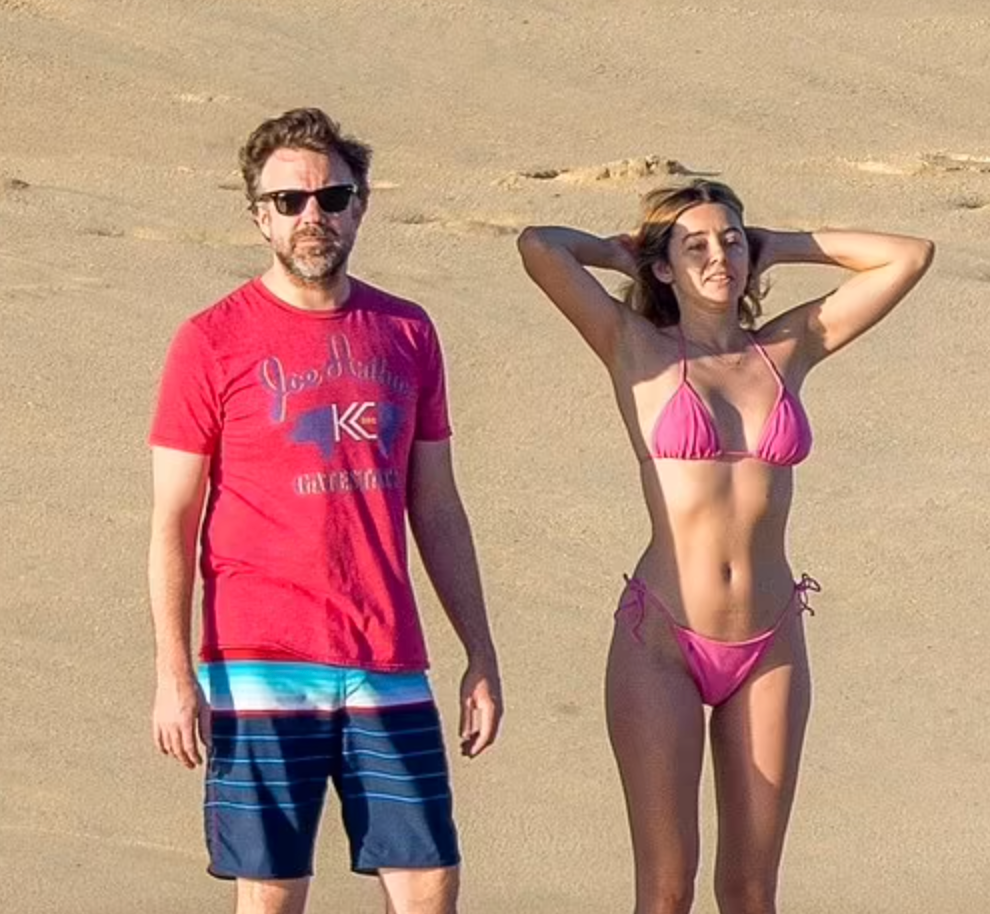 We all felt terrible for ‘Ted Lasso‘ star Jason Sudeikis when his engagement to Olivia Wilde fell apart. According to at least a few insiders, she left him for Harry Styles, although some claim they were having problems long before Harry entered the picture.

In any event, Wilde called off the engagement. It was a major blow to Sudeikis, who shares two children with the actress/director.

He spent several months trying to heal a broken heart, and it looks like he was successful because he was just spotted making out with model Keeley Hazell on a beach in Cabo San Lucas, Mexico.

The photos were snapped on Tuesday, November 23. You can see Sudeikis wearing a red t-shirt while kissing Hazell, who wore a pink string bikini.

Sudeikis is 46-years-old and Hazell is 35, so there’s not too big of an age difference. They were previously rumored to be dating several months ago, but they reportedly took a break from each other at some point.

Now though, it looks like they’re fully on. It’s not clear if they’re staying in Mexico for all of Thanksgiving week, or if they’ll be back in town by Thursday. Maybe Wilde has the kids for Thanksgiving this year and he gets them for Christmas?

Anyway, it’s nice to see him moving on. Wilde appears to be happy with Harry, and now Sudeikis has found a new boo as well. Don’t you just love, love? Or at least lust? ‘Cause you know Sudeikis was lusting on that beach.

Come on…GIVE HIM SOME WATER!