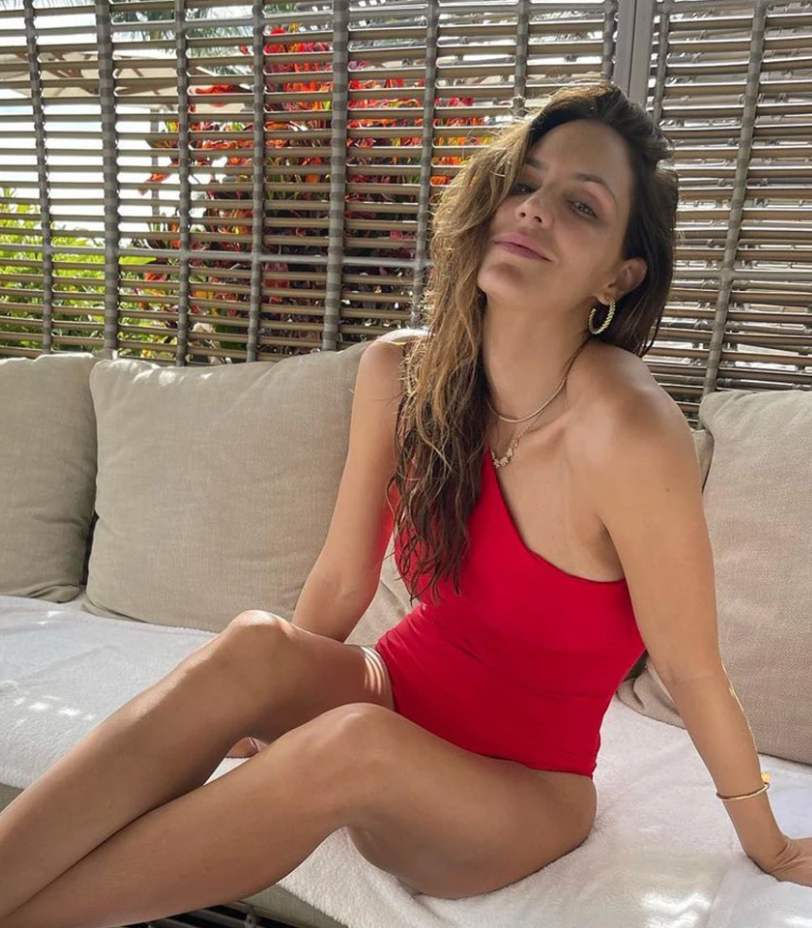 For those who don’t know, 37-year-old singer/actress Katharine McPhee is married to 72-year-old music exec David Foster. Obviously their relationship has been talked about a lot, given the huge age gap.

And to make it even stranger, they decided to have a baby together. McPhee gave birth back in February, which means at 72-years-old, Foster is now the father of a newborn. When his kid is just 10-years-old, he’ll be 82! And when his kid is 20, he’ll be 92!

It’s hard for me to wrap my head around that, but hey, it’s their life. And they do seem to be in love.

This past week though, Foster took some heat after posting a bikini photo of McPhee.

He captioned this photo, “what baby!” obviously referring to the fact that McPhee gave birth less than one year ago.

People had a problem with his caption. Several people commented things like, “Uncomfortable antiquated compliments’ on aisle 1,” while others talked about how his post makes it seem like this should be the norm for new mothers.

But in reality, all he was doing was giving his wife some credit for her hard work. There’s nothing wrong with his post unless you’re insecure about your own body. And that’s not to say you should be insecure about your body if you don’t have a flat stomach like McPhee! Most people don’t! And you have to remember, she has more time and money than you. It’s easier for her to look like that.

McPhee came to her husband’s defense this week. She let her fans have it…

Seriously get a life. Stop being so offended by what people post who have zero impact on your life and move on. Maybe you should have more of an attitude of like, let’s say, ‘Oh that’s nice he thinks his wife is hot.’ I cannot with this overly sensitive society right now. But as Taylor Swift said haters gonna hate. Byyeeee.

Damn, okay then. She ain’t playing around. She’s not wrong though. Not wrong at all.