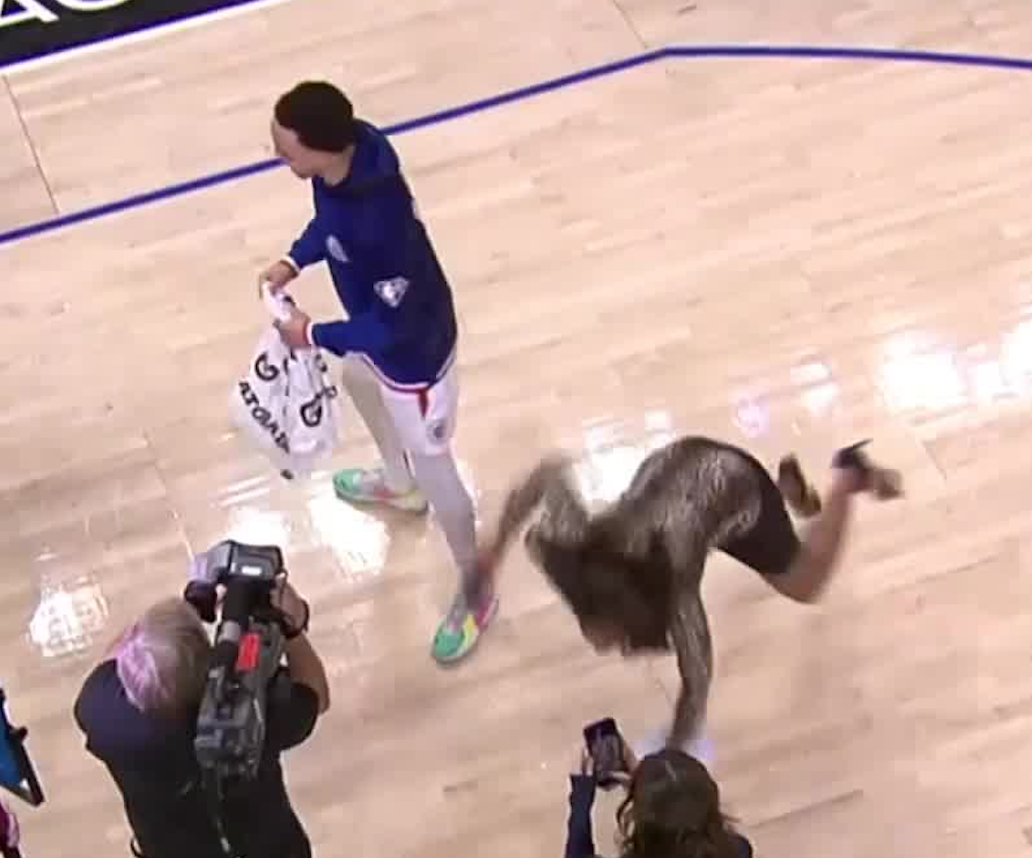 We’ve seen some rough falls on the basketball court, but this most recent wipeout from Kristina Pink is one of the most painful.

The sideline reporter was inside Crypto.com Arena on Sunday interviewing L.A. Clippers shooting guard Amir Coffey following a victory against the Atlanta Hawks.

Seconds after wrapping up her interview, Pink slipped on some water on the court and fell hard right on her face. You could hear the ‘thud’ as she fell to the ground.

Coffey and several others huddled around her to make sure she was okay. She looked a little dazed. According to the reports, she needed help off the court, but thankfully she escaped without any serious injuries.

She sent out a message saying, “”For everyone asking, I’m ok. There was water on the court… Appreciate all the messages,” you get the impression from her message that she’s a little embarrassed.

But hey, ain’t no shame. I mean, she has high heels on, which are already difficult to walk in. Then you add in a puddle of water on an already slippery court? That’s a recipe for disaster.

What I find crazy is that one cameraman in the shot. Dude doesn’t even put down the camera to help. In fact, it looks like he keeps filming her! I mean, sure get that blooper reel footage for the end of the year Christmas party, but damn… that’s heartless. That’s some ‘Nightcrawler’ sh*t right there.