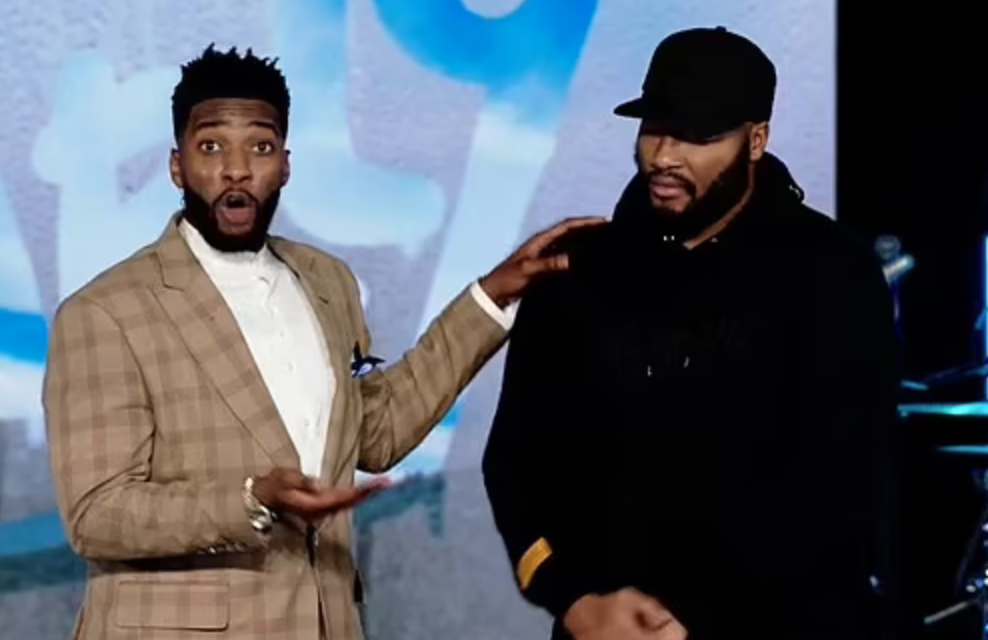 What In The Oklahoma: Pastor From Down South Rubs Spit All Over Churchgoer’s Face To Prove God Gets Nasty

manz stood there and spit on some to pass a message… pic.twitter.com/O8hxOeFGZG

These days, even pastors are trying to go viral. A fairly popular pastor from Oklahoma named Michael Todd went viral this past Sunday after rubbing his spit all over the face of a churchgoer.

The madness went down in Tulsa, where Todd leads the Transformation Church. During his special Sunday service, which was also being streamed online, he talked about how sometimes lessons from God will get nasty.

And to prove this point, he spit (twice) in his hand and then smeared the saliva all over a dude’s face. Pastor Todd COVERED this dude’s face in dribble. You can see strands of saliva hanging from his face!

The whole purpose of doing this, it seems, was to emphasize his analogy about how “receiving vision from God might get nasty.’

His favorite line, “Receiving vision from God might get nasty,” he repeated that a few times.

Turns out, the churchgoer in the video is actually his brother, but I’m not sure that makes the situation any less disturbing. I’m pretty sure the only lesson his brother got was that he needs a new family.

Scroll through photos from his most recent sermon. Dude got props and sh*t like he’s Bill Nye. At least he’s entertaining, right? People are basically going to his church to see a performance. Dude should take his circus on the road.