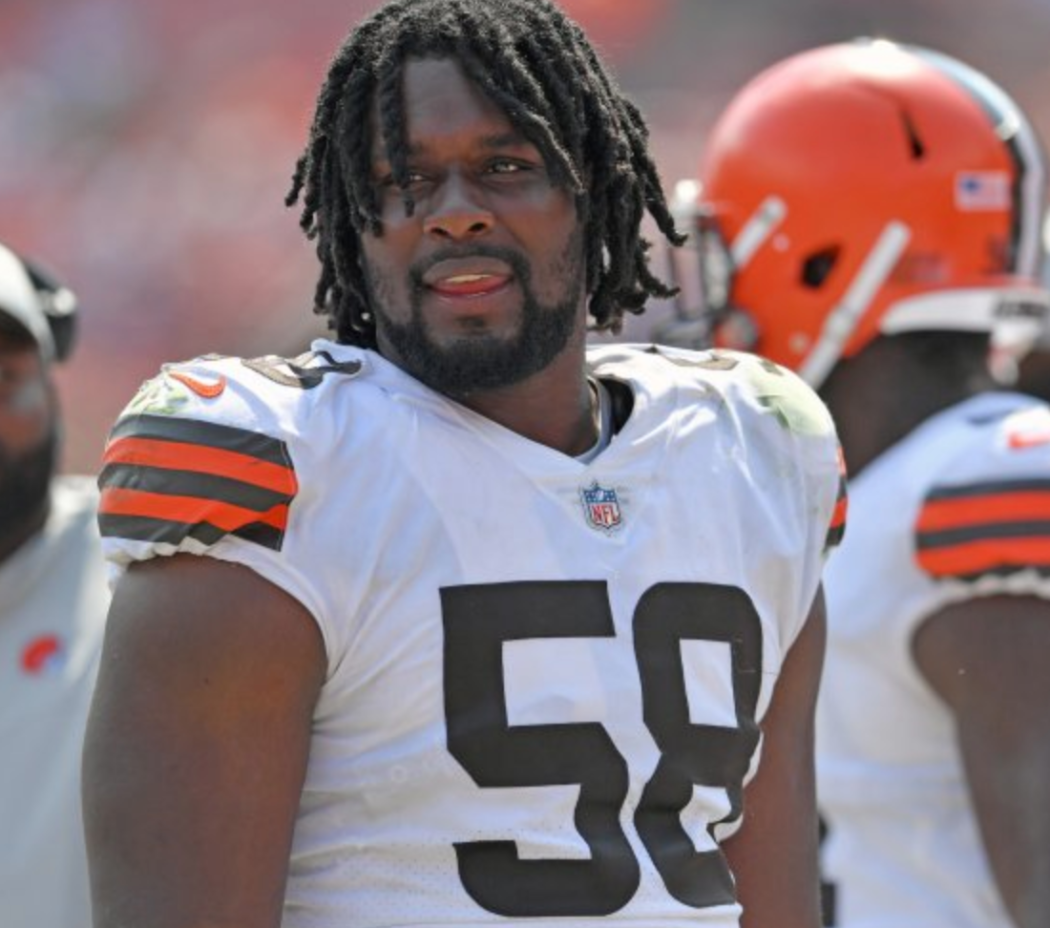 Cleveland Browns star defensive lineman Malik McDowell has a lot of explaining to do after being arrested for running in front of a school completely naked. At one point, he even laid down in the middle of the road and tried to attack a cop.

In a newly released 911 call, a woman working at the elementary school across the road told staff they needed to get the kids inside and lockdown the campus.

You’re going to go into lockdown. You’re going to have to take these kids into the bathroom, OK? Yes. One-by-one. He’s just walking up and down in front of the building. He’s completely naked.

When cops showed up, McDowell was acting all kinds of weird. He was laughing, smiling, but also appeared to be aggressive at times.

He was arrested and booked on charges of aggravated battery on an officer, resisting, and exposing sex organs in public.

What makes this story even more bizarre is that just one hour before this, McDowell was seen on camera having a very normal workout at a gym in Deerfield Beach. The football star, who stands at 6’6″ and weighs nearly 300 pounds, was seen hugging friends at the gym.

People close to McDowell tell us … after the gym, he walked next door to the hotel where he was staying, and took a shower — and we’re told he never got dressed after that. Instead, he walked out of his room stark naked, started walking down the street and even laid down in the middle of the road, at one point.

Some people are speculating he had some sort of mental health episode. After all, he’s a football player so you know he’s had a few concussions. He also suffered serious head trauma during a 2017 ATV incident.

Cops have not said anything about McDowell being impaired or under the influence. Broward County Sheriff’s Dept. tells TMZ Sports … ‘Appropriate tests were conducted. Detectives continue to investigate circumstances surrounding the incident.’

It’ll be interesting to see if any drugs are found in his system. If he’s clean, then damn… they need to check his head and get his a** off the football field.

So far, he has not commented on the incident, but the Browns have released a brief statement…

We are aware of the very concerning incident and arrest involving Malik McDowell and are in the process of gathering more information. We understand the severity of this matter and our thoughts are for the well-being of all involved. … No further comment at this time.