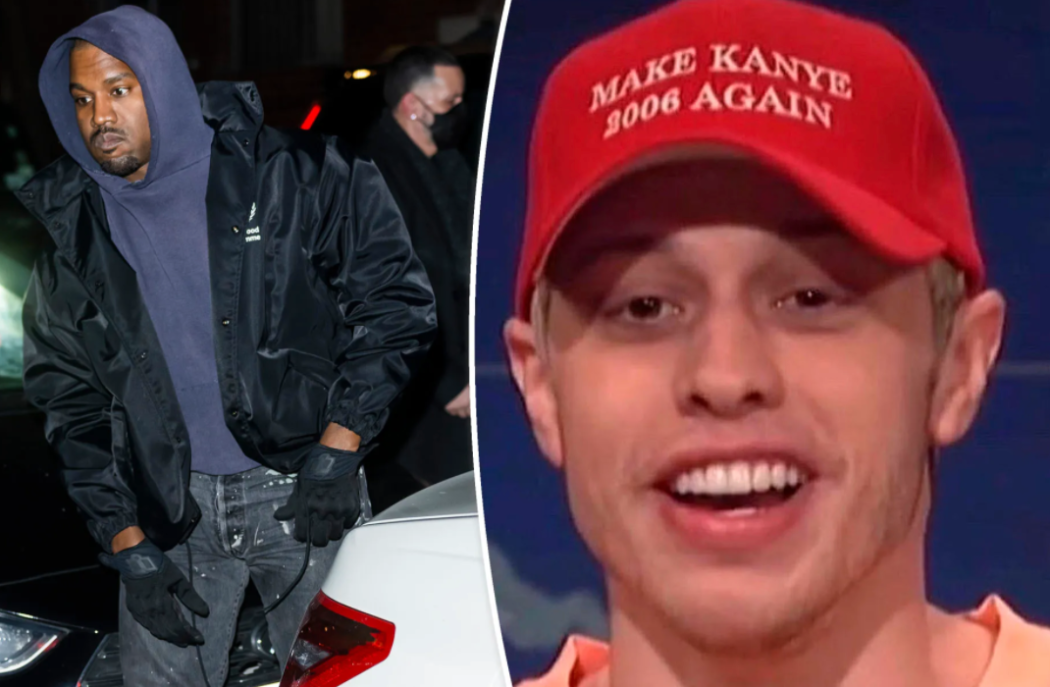 Did Pete Davidson Finally Battle Back In One-Sided Feud With Kanye West?

The beef between Kanye West and Pete Davidson has been consumed only by Kanye West for the past month or two. It’s basically been Kanye talking sh*t about Pete to anyone who would listen.

Meanwhile, Pete has continued to live his life by wining-and-dining Kim Kardashian. You can’t really argue with crazy, and as much as Kanye doesn’t like being called crazy, well, he’s been acting pretty crazy lately.

But it looks like Kanye’s jabs might have finally sparked a response from Pete, albeit a very cryptic response. As some of you may know, Pete created an Instagram account a little over a week ago. He still hasn’t posted anything, but he did update his bio yesterday.

In his bio you can find a link to the 10-second clip below. It comes from the 1982 movie, The Kings of Comedy. In the scene, Rupert Pupkin (played by De Niro) delivers the famous line: “Better to be king for a night than a schmuck for a lifetime.”

Is this a direct response to Kanye? Or does Pete just really like the movie? Or maybe Pete is directing this message to everyone. Who really knows, but one thing is for sure, if Kanye sees this, he’s going to take it as a direct hit. No doubt about it.

I predict we see a Kanye meltdown later today on Instagram. Speaking of Kanye, there was a “listening experience” for his ‘Donda 2’ album in Miami earlier this week, and in a track called ‘Sci Fi,’ Kanye sampled parts of Kim’s SNL monologue.

He only sampled the good parts, of course.

I married the best rapper of all time. The richest black man in America, and a talented, legit genius who gave me four incredible kids.

He did not include the part where she jokes about his terrible personality. Oh, and since we’re on the subject of Kanye’s sh*t personality, his new album is only available on Stem Player, a device West debuted in August which will set you back over $200.

I’ll tell you right now, Tupac and Amy Winehouse could return to Earth and drop a joint album together and I still wouldn’t pay $200 to listen to it.

Kanye is a truly ridiculous person.