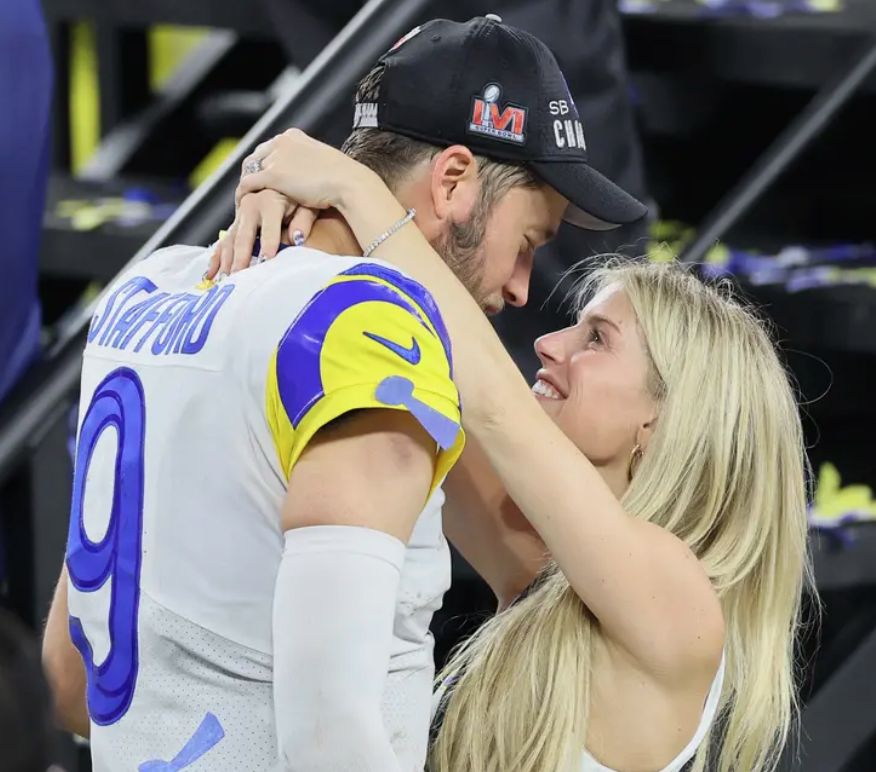 If you haven’t seen the videos above, press that play button before reading the rest of the article. The incident went down at the 2022 Super Bowl victory parade for the Los Angeles Rams.

In the clip, NFL photographer Kelly Smiley fell off a platform while setting up a shot of Rams’ QB Matthew Stafford and his wife Kelly Stafford.

The fall was pretty severe. Smiley says she suffered injuries to her spine and also broke two of her cameras, which aren’t cheap. In the moment, Matthew didn’t seem to give a single f**k about Smiley falling. You can see him just kinda walk the other way when she hits the ground.

Thankfully, his wife stayed behind to check on her. Many people have slammed the NFL player for his poor reaction, but his wife came to his defense early on, claiming he told her to check on the photographer.

Matthew looked at me and said, ‘Check her please,’ and turned around. I went straight to her. I could see that she was OK, kind of stayed there, went and got some help.

I don’t know, man. It certainly didn’t look like he said anything, but also, even if he did… why was that his reaction? That’s something you might say to your assistant. Why would he instruct his wife to check on this woman? Why was his reaction to someone falling from a platform so detached and cold?

Some people speculate it was because he was super drunk at the time, which does make sense. There were a lot of players having a very good time at the parade, Matthew being one of them.

In any event, the quarterback has issued an apology.

I wish I had a better reaction in the moment. I didn’t. I apologize to her for that. All in all, I’m glad she’s doing alright. One of those things that [you] try and train your actions to be a little bit better next time.

Hm. Okay. I would have went with the drunk excuse, but you’re the Super Bowl champion.

It’s also worth noting that they have offered to pay for all of the photographer’s medical bills and her broken equipment. Additionally, they texted her the morning after to check on her.

So hey, it’s not all bad. Still though, I think Matthew might be a psychopath.