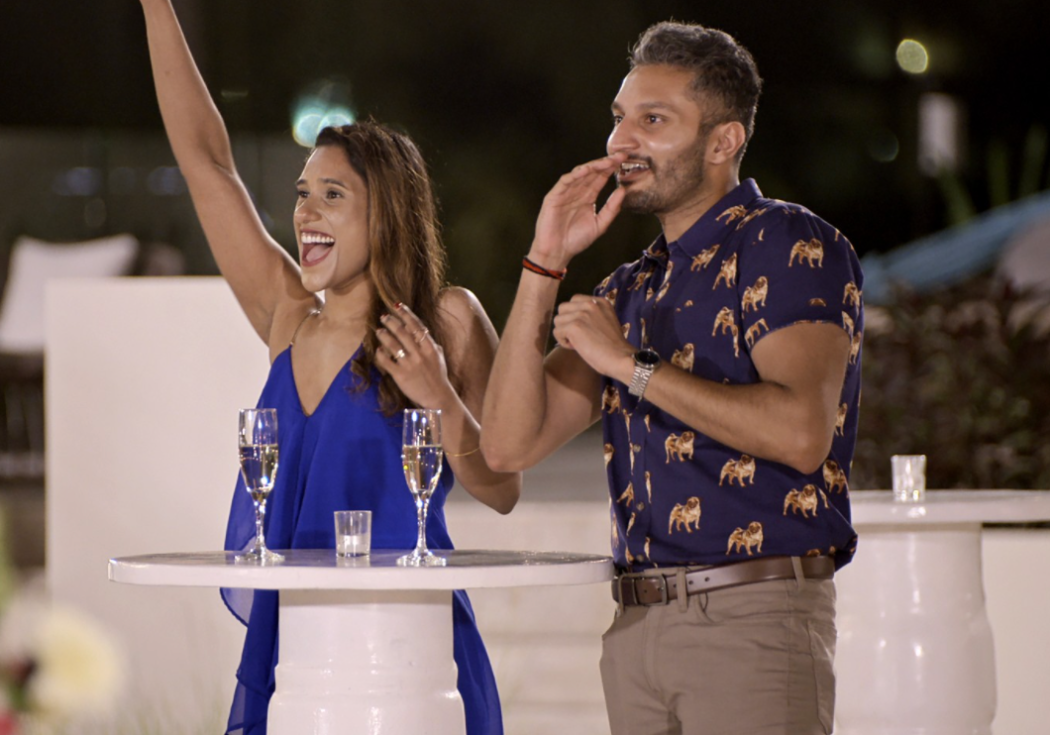 Have you been watching the new season of ‘Love is Blind‘? If not, you might want to skip this article, because it does contain spoilers for one couple.

That couple being Deepti Vempati and Shake Chatterjee. They fell in love in the pods, but unfortunately, things didn’t work out between them, mainly because Shake was not attracted to her.

And hey, it happens, but instead of talking it out with her, he decided to only tell the cameras and the other co-stars. He told the other people on the show that she reminded him of his aunt. Shake put looks above everything else, which is not surprising considering he was the one dude in the pods asking everyone’s weight in the beginning.

But Deepti decided to give him a chance, and while they had some fun together, they were doomed from the start. Deepti turned him down at the wedding, and Shake’s reaction was one of great relief. He hadn’t looked so happy during the entirety of the show.

After the season finale dropped on Netflix, Deepti’s brother, Sunny, went on his Instagram to write a lengthy message of support. After he finished praising his sister for her strength, he went on to slam Shake.

Now normally I don’t get involved in drama but I’mma defend my sister here: ‘Shake’, bruh, you’re a loser. You minimized my sister’s life by making some awful and cringeworthy comments about her. You made these statements knowing your own mom would one day watch it; my parents and my entire family had to sit through you talking behind my sister’s back about insecurities she fought her entire life.

Despite your comments on and off camera about her body, she continued to only ever be supportive of you, despite our best efforts to convince her to see through your BS. THAT’S the person she is.

Damn, man. You really didn’t have to go that hard. There’s more to the message. You can read it in full below.

For what it’s worth, Deepti shared it on her Instagram Stories, so it looks like she’s pissed at Shake as well.

It’ll be interesting to see how much drama is in the reunion episode, which is expected to drop this Friday, March 4.