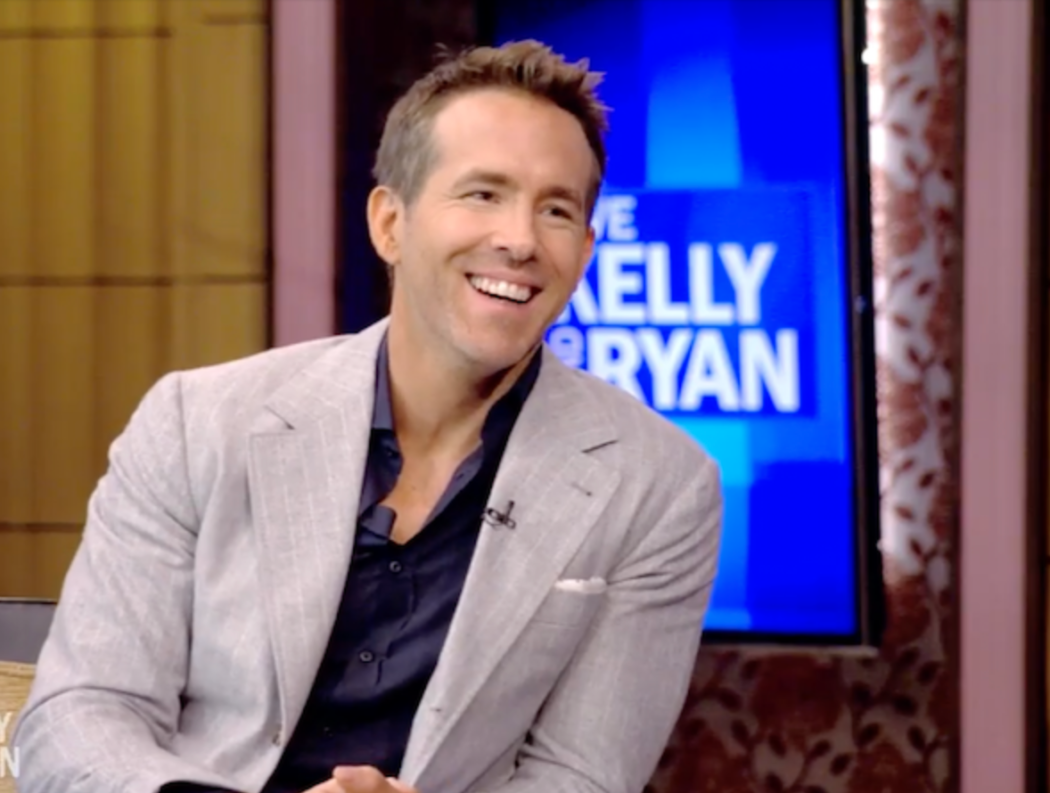 One look at Ryan Reynolds on screen, and you’d think he was the coolest cucumber on the planet. The dude just oozes confidence during interviews.

But according to the 45-year-old actor, he actually has two personalities.

There is the guy you see on the camera, and then the guy you don’t see behind the curtain. During a new interview with CBS Sunday Morning, Reynolds talked about dealing with anxiety…

I’ve had anxiety my whole life really. I feel like I have two parts of my personality that one takes over when that happens. I remember, I’d be standing backstage before the curtain would open, and I would think to myself, ‘I’m gonna die. I’m literally gonna die here. Or, the curtain’s going to open and I’m just going to be a symphony of vomit. Just like, something horrible’s gonna happen.’

But then the curtains open and he becomes someone else. His heart rate drops, his breathing calms and he’s able to perform.

“And it’s like I leave that interview going, ‘God, I’d love to be that guy,” — Little does he know there are thousands of dudes watching him at home thinking the same thing.

Believe it or not, this isn’t the first time Reynolds has talked about dealing with anxiety. In a 2017 interview with Variety, he speculated that it sparked from childhood, growing up with a tough father and trying to gain control of his life.

In a 2018 interview, he admitted that the anxiety is not always the pretty kind…

I have anxiety, I’ve always had anxiety. Both in the lighthearted ‘I’m anxious about this’ kind of thing, and I’ve been to the depths of the darker end of the spectrum, which is not fun.

Hey, man. Join the club. Ain’t no shame in that anxiety game. Pretty sure if I was ever on a talk show I’d sweat myself into a puddle before they even called my name.