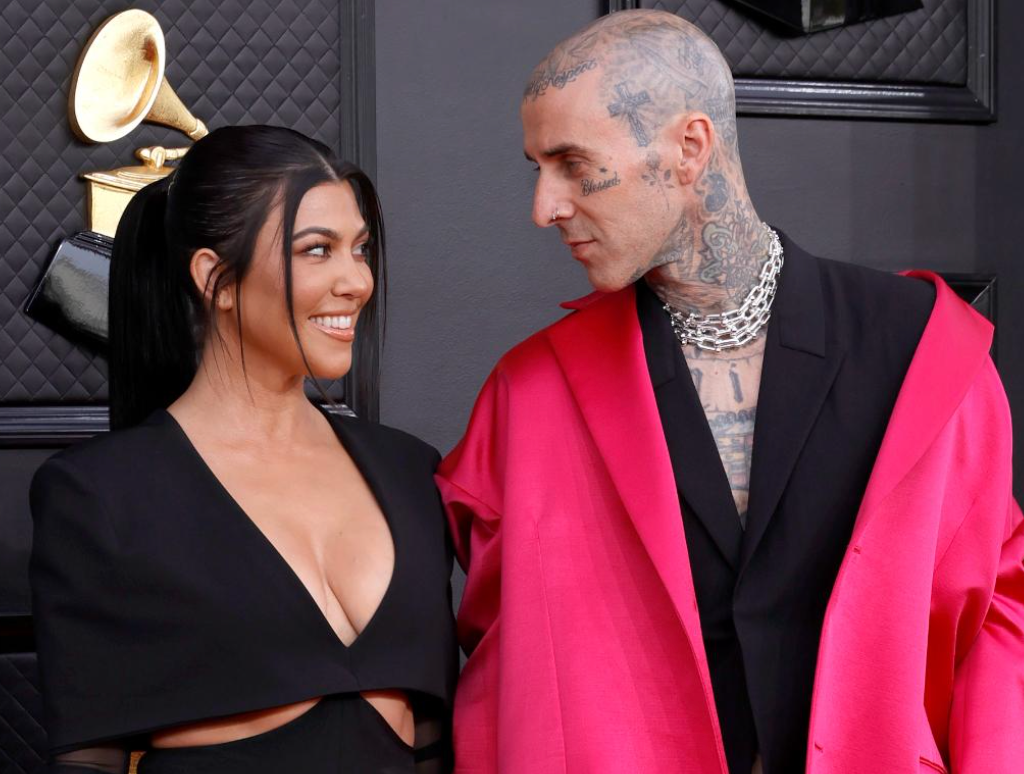 Someone go check on Scott Disick because his forever love Kourtney Kardashian is officially off the market.

According to multiple reports, Kourtney and Travis Barker eloped at around 1:30 in the morning on Monday inside a chapel in Las Vegas. The surprise wedding went down after they attended the 64th annual Grammy Awards on Sunday night.

Insiders say the couple did not allow the venue to take photos. Instead, they had their own photographer follow them inside to snap some pictures. They reportedly asked for an Elvis Presley impersonator to officiate the ceremony. Apparently, that was a dealbreaker for them. They wanted Elvis.

For those who don’t remember, Travis and Kourtney got engaged during a beautiful beachfront proposal back in October of 2021. Before Travis popped the question, they had been dating for around nine months, so they’re moving quickly.

One thing is for sure… they’re having some great sex. Every single time you see them out in public, they can’t keep their hands (and tongues) off each other. Just take a look at this snap from the Grammys red carpet.

This is Kourtney’s first marriage. She had three kids with Scott, but she never tied the knot with him.

For Travis, this is his third marriage. He was with his first wife, Melissa Kennedy, for only 9 months before he filed for divorce back in 2002. Travis married Shanna Moakler a few years later in 2004, but he filed for divorce after nearly 2 years in 2006 and in 2008 their divorce was finalized.

Let’s hope this marriage lasts a little longer than his previous ones.