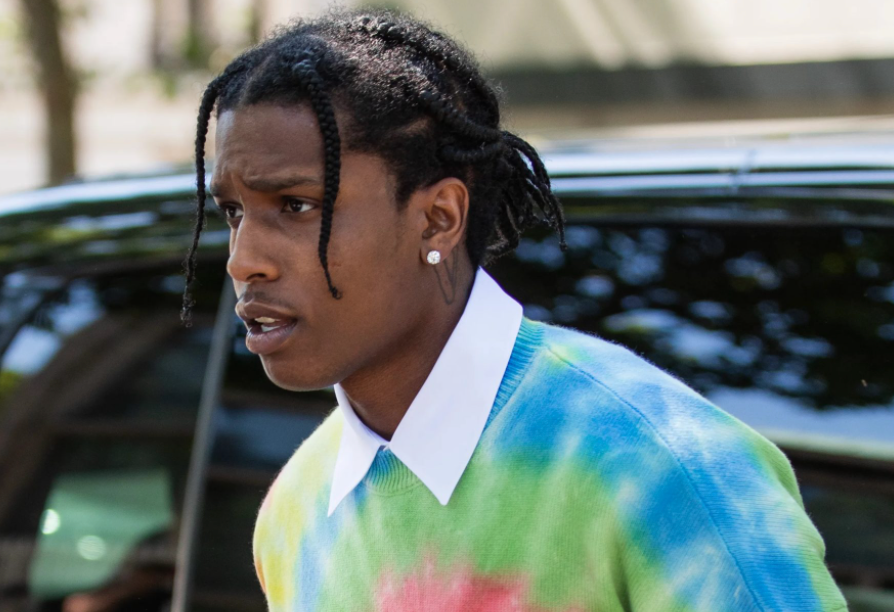 A$AP Rocky Makes $550,000 Bail After Being Arrested In Connection With November 2021 Shooting Damn. A$AP Rocky and Rihanna are expecting their first baby together, but for the past couple weeks, a baby has been the last thing on their minds. You’ll remember a week or so ago, the internet started spreading rumors that Rocky cheated on Rihanna with her shoe designer. It appears that report may have been false, but still, there’s smoke.

And now, Rihanna and Rocky have been hit with another setback. The 33-year-old hip-hop star was arrested at LAX on Wednesday morning in connection with a shooting that went down last November.

He had just arrived at the airport on a private plane from Barbados, where he had been vacationing with Rihanna, when he was met by members of the Los Angeles Police Department. They arrested him upon arrival and charged him with assault with a deadly weapon, which is a felony.

They placed his bond at a cool $550,000, and obviously he was able to make it, considering his baby momma is worth over a billion.

Rocky, whose real name is Rakim Mayers, was under investigation by the LAPD for a Nov. 6 shooting in Hollywood in which the surviving victim, an acquaintance, said the rapper had shot him following an argument.

The victim said the incident occurred around 10:15 p.m., and he later sought medical treatment for a minor injury. The LAPD said Rocky and two additional males fled on foot after the shooting.

According to the report, Rocky allegedly pulled the trigger three or four times, but thankfully only grazed the dude on his hand with a bullet.

This isn’t the first time Rocky has found himself in trouble with the law. Back in 2019, he spent almost three weeks behind bars in Sweden after he was arrested for gross assault. He pled not guilty to the charges, claiming he was acting in self defense. It’s worth noting he was ultimately found guilty, but he was offered a conditional sentence. He was required to pay damages to the victim, as well as their legal fees.

Let’s hope this most recent arrest is one big misunderstanding. If not, Rocky could find himself behind bars for a hot minute.