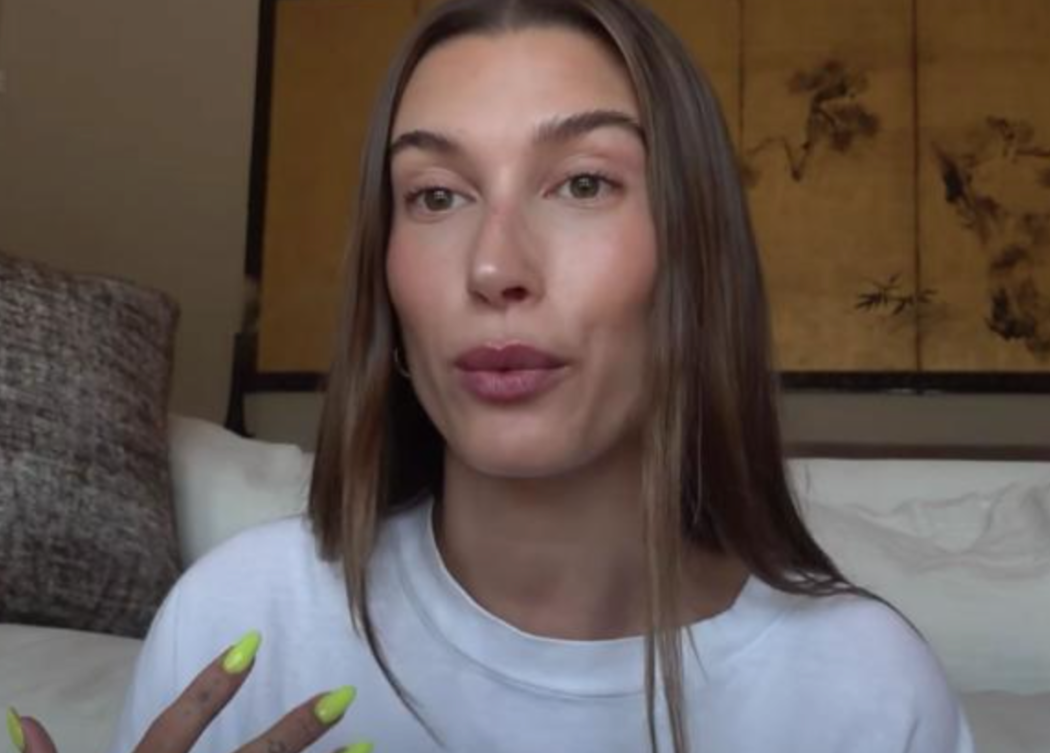 Some of you may remember us telling you about Hailey Bieber’s scary hospitalization back on March 10. She was eating breakfast with her husband, Justin Bieber, when she got a “weird sensation” in her right arm. Her fingertips felt numb and strange, and when Bieber asked her if she was okay, she couldn’t speak. She knew what she wanted to say, but she couldn’t say it.

Then, the right side of her face started drooping, “Immediately, I thought I was having a stroke,” she recalled. An ambulance was called a short time later, but by the time she got to the hospital, she was pretty much back to normal. They did a whole number of tests on her and determined she suffered a mini-stroke caused by a small blood clot in her brain that had thankfully resolved on its own.

But she left the hospital without any clear reason for the blood clot. Doctors believed it was a perfect storm. She had just traveled from Paris back home to L.A. on a long flight, she had started a new birth control medicine, and she had COVID a couple weeks before. Doctors believe this sparked a blood clot.

And while that may have been the case, Hailey needed to know why it was able to travel to her brain. Most small blood clots like this get absorbed by the lungs. But sometimes, if you have a small opening in your heart, the clots can escape and travel to the brain. Doctors at the hospital tested Hailey for this, but they didn’t find anything.

Thankfully, Hailey got that good-good insurance, so she went to UCLA for a second opinion. After undergoing a more accurate test, doctors diagnosed her with PFO, which is a small opening in the heart. She had a Grade 5 PFO, which is the highest grade possible, meaning she needed to get that sh*t closed up.

She then underwent a procedure to close the PFO under her doctor’s recommendation. A small, button-like object was inserted through the femoral vein in her groin to close the small hole. Eventually, her heart tissue will grow back around the closure device.

She says the procedure went smoothly and she’s finally starting to feel like herself again. This whole (no pun intended) thing has caused her so much stress and anxiety, but now that she knows the issue is fixed, she feels better.