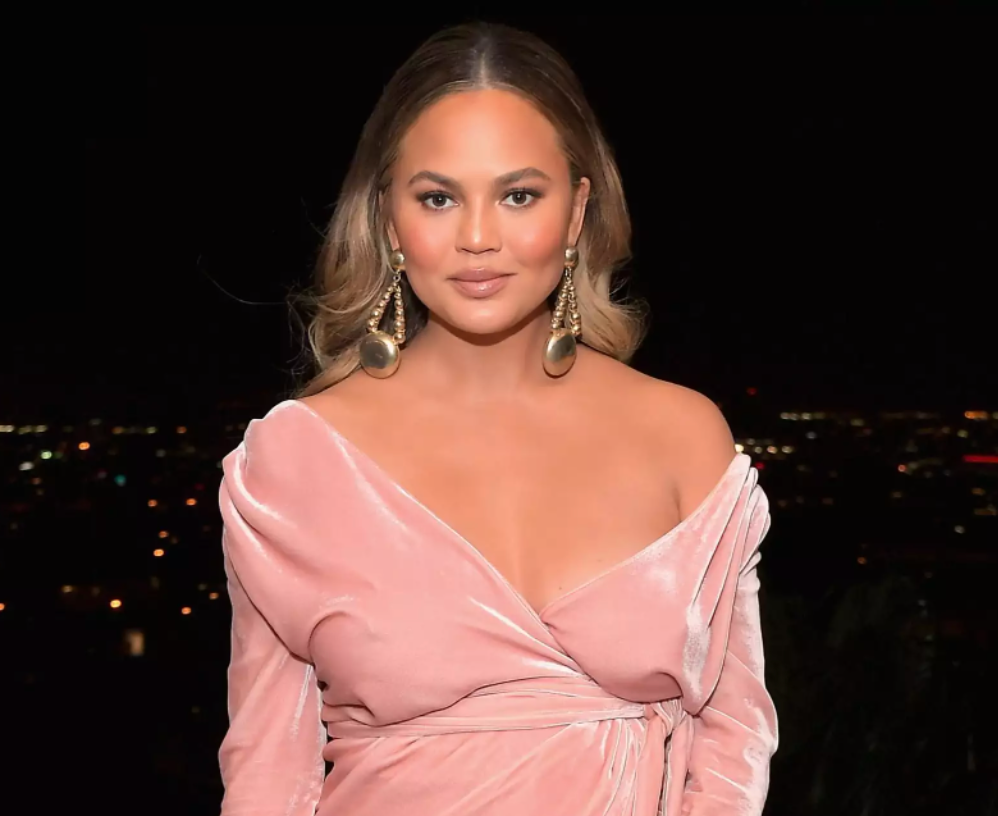 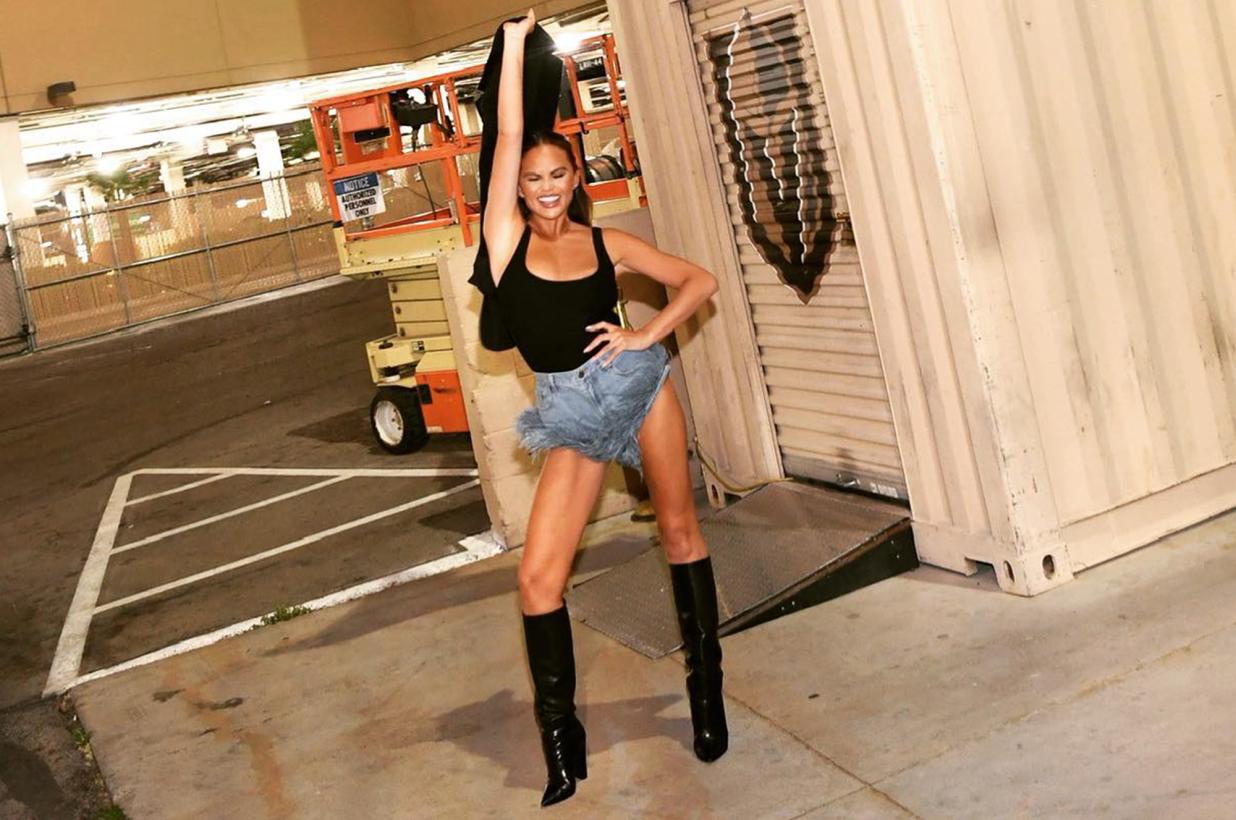 We haven’t talked about Chrissy Teigen in a while. The 36-year-old wife of John Legend hasn’t been as active on social media in the past year or so after old tweets of hers resurfaced. In those tweets, she bullied Courtney Stodden mercilessly and even told her that she should die.

This was a huge hit to Chrissy’s brand, considering she would often complain about the bullying/hate comments she received on a daily basis. How could she complain when she was dishing that same sh*t out?

In her defense, those tweets were several years old, and she has since apologized for them. Here lately, she’s been trying to move forward, posting more and more to her social media accounts. Late Sunday night, the 36-year-old entertainer posted a photo of herself in some daisy dukes.

She captioned the photo, “the shorts are @area okay!!!” but it appears some people were more interested in her skinny legs. One person commented on how skinny her legs looked, and another user replied, claiming it was all because of liposuction.

“constant liposuction, trainers and good diet.. as she should. I would lol,” the user wrote. And of course, you know Teigen was reading them comments. She probably reads them all. She replied back, “constant liposuction? what are you even talking about lol” she wrote.

In Teigen’s defense, she’s always had a fairly skinny bottom half. In fact, she’s even complained about how she has no ass, so I doubt she needs “constant liposuction” to keep her legs looking thin. She ain’t a Kardashian.

That being said, we know she’s had work done to other parts of her body. Last year, she revealed she had fat removed from the cheeks of her face, writing, “I did that Dr. Diamond buccal fat removal thing here. And since I quit drinking, I’m really seeing the results.”