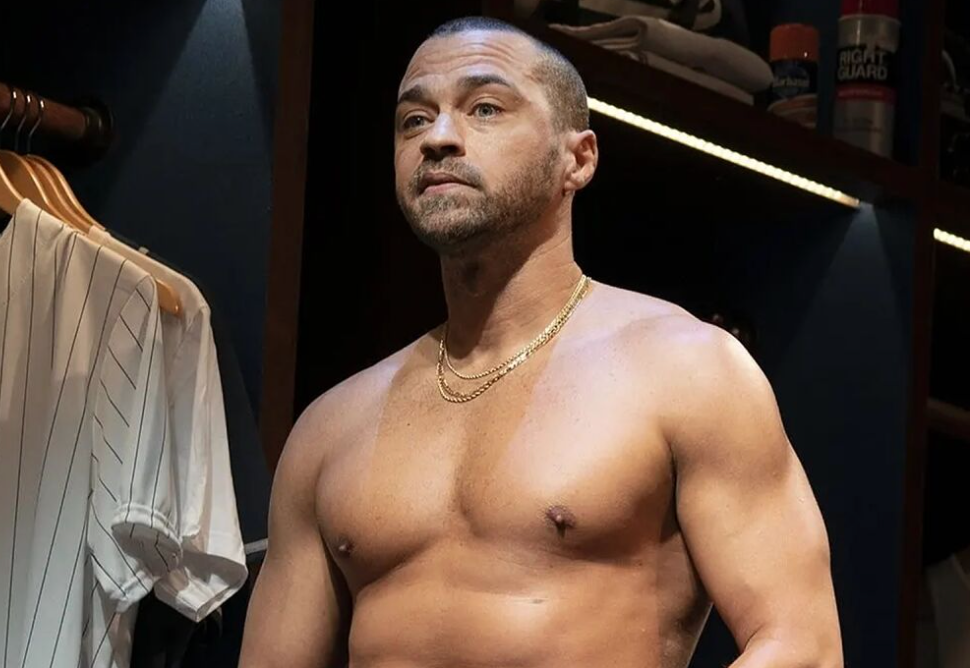 Broadway Is Pissed After Someone Secretly Filmed Jesse Williams’ Nude Performance And Posted It Online!

If you’re hoping to see Jesse Williams’ dong, well, you’ll have to visit another site for that. We don’t have the legal team to fight that battle, but if you’re clever, you can hit up Google images and search until you find an uncensored version of the image you see above. Or just search Jesse Williams on Twitter. It’ll show up.

And speaking of Twitter, they are going crazy over this. Thousands of women sharing a short clip of Williams’ penis swinging back and forth while he gives an emotional and raw performance at The Second Stage Theater.

You see, Jesse has a starring role in the Take Me Out play on Broadway, and in the production, Jesse plays a baseball player who comes out as gay. A few scenes in the play show full frontal, and those are the scenes that leaked to the internet. And while everyone seems to be praising Jesse for his, uh, manhood? That doesn’t mean the leak was acceptable.

The Second Stage Theater is coming out hard against the unknown person who leaked the video. They released a statement saying they worked hard to ensure they created a “phone-free” space, but unfortunately someone was able to get around it.

We are appalled that this policy has been violated and unauthorized footage of our acting company has been posted. It is deeply unfortunate that one audience member chose to disrespect the production, their fellow audience members, and, most importantly, the cast in this manner. It is gross and unacceptable violation of trust between the actor and audience.

They also added they’re looking into legal action, so yeah, if they’re somehow able to track down the person, they could be in a lot of trouble.

Hope it was worth it! All to see a dude’s penis… it’s the internet, man! YOU CAN SEE THAT ANYWHERE WITHOUT EVEN TRYING!