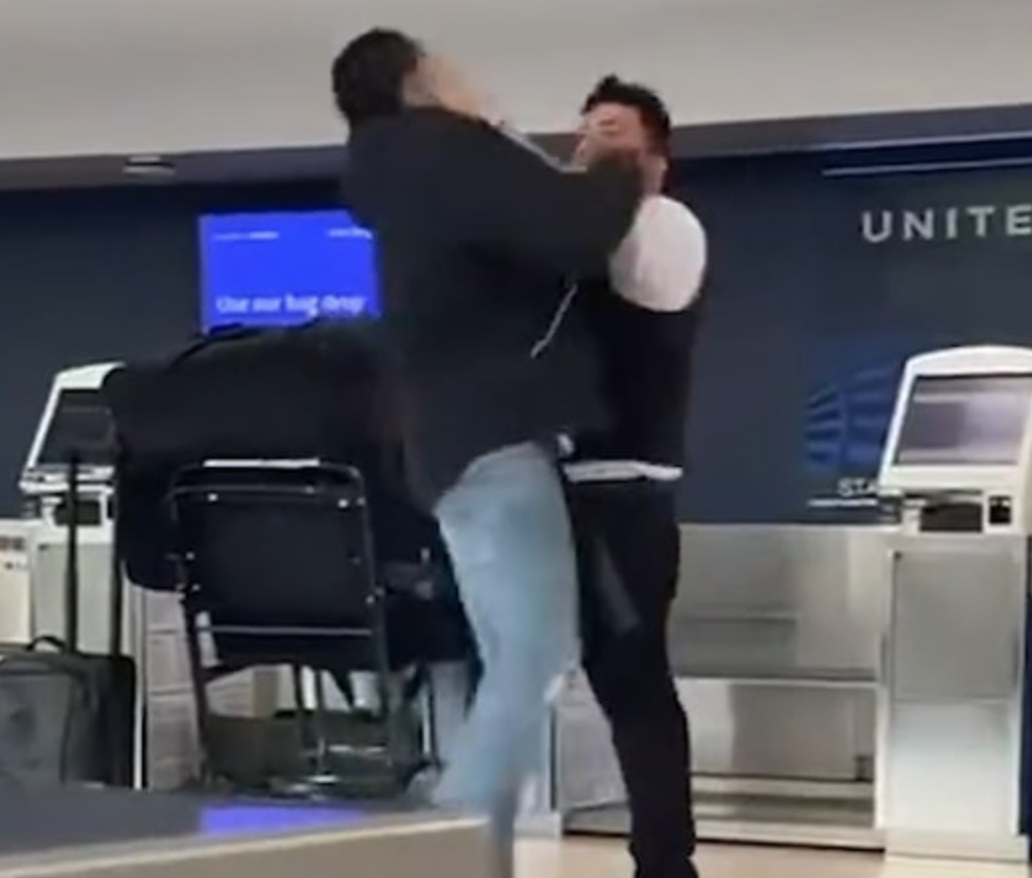 Yikes. This might go down as one of the craziest airport fights in recent memory. Early Sunday morning inside Newark Airport, a passenger and a United Airlines employee got in an argument, and according to eyewitnesses, the employee pushed the passenger out of his face.

And that’s when the passenger started beating the sh*t out of the employee. The craziest part of this video is how the employee seems to be a glutton for punishment.

As you can see in the video, the employee gets beat up once, then comes back and lands a soft blow to the passenger, which sets him off even more. That’s when the passenger lands a nasty combination that knocks the employee over the check-in table.

And yet still, the employee came back for more. Even as blood poured all over his face, he wobbled his way back to the passenger. Fortunately, people stepped in to prevent the passenger from unleashing on the employee even more.

We don’t know exactly what caused the argument, but obviously these dudes did not see eye-to-eye. According to the reports, the passenger was arrested, even though the employee supposedly pushed him first. Perhaps the police felt as if the employee already received his punishment.

United Airlines does not tolerate violence of any kind at our airports or onboard our planes and we are working with local authorities to further investigate this matter.

Hey man, hats off to that employee. Dude can take a beating. He can give one out… but he can certainly take one.