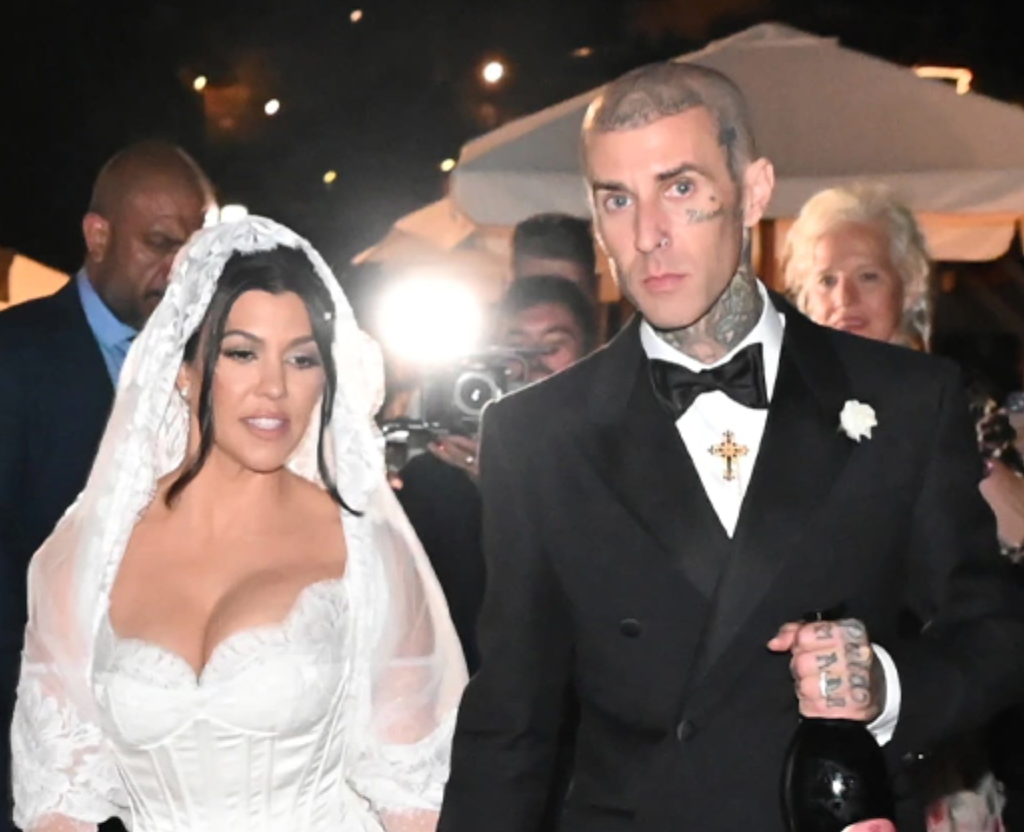 Travis Barker And Kourtney Kardashian Have Lavish Wedding In Italy, But Where Was Scott Disick?

Kourtney Kardashian and Travis Barker just got married for what feels like the third time. You’ll remember they “tied the knot” in Las Vegas, but didn’t get officially married because they couldn’t grab a marriage license in time.

Then last week, they officially got married in a courthouse in Santa Barbara in front of Kourtney’s grandma. And now finally, this past weekend, the two stars had a proper wedding in Portofino, Italy on May 22.

The Poosh founder, 43, and the blink-182 drummer, 46, hosted the ceremony at the Castello Brown castle in Portofino. The bride wore a white silk lace and satin corseted gown by Dolce & Gabbana. The piece gave a nod to Travis’, who also wore Dolce & Gabbana, tattoos.

Kourtney was walked down the aisle by her mother, Kris Jenner. There were lots of Kardashians at this wedding, including all of Kourtney’s kids, who she shares with ex-boyfriend Scott Disick. He was NOT in attendance, by the way.

He obviously wanted to get his mind off the wedding, so he took off on a private jet to the beach. He captioned a photo while on a plane, “Next stop, the beach,” but did not detail where exactly this beach was located. Safe to say, he’s probably going to drink himself to near death.

Khloe, Kendall, Kim, and Kylie were all in Italy for Kourtney’s special day.

After the ceremony, there was a reception where guests ate delicious food (including cannoli and pasta stations), watched a performance by Andrea Bocelli and danced the night away.

One person missing? Kim’s boo, Pete Davidson. He had to skip the wedding festivities due to filming his last episode of Saturday Night Live. He announced last week that he’d be retiring from the show after several seasons. It’s where he got his start, so it was an emotional goodbye.

Anyway, congrats to Kourtney and Travis on getting married for the third time!