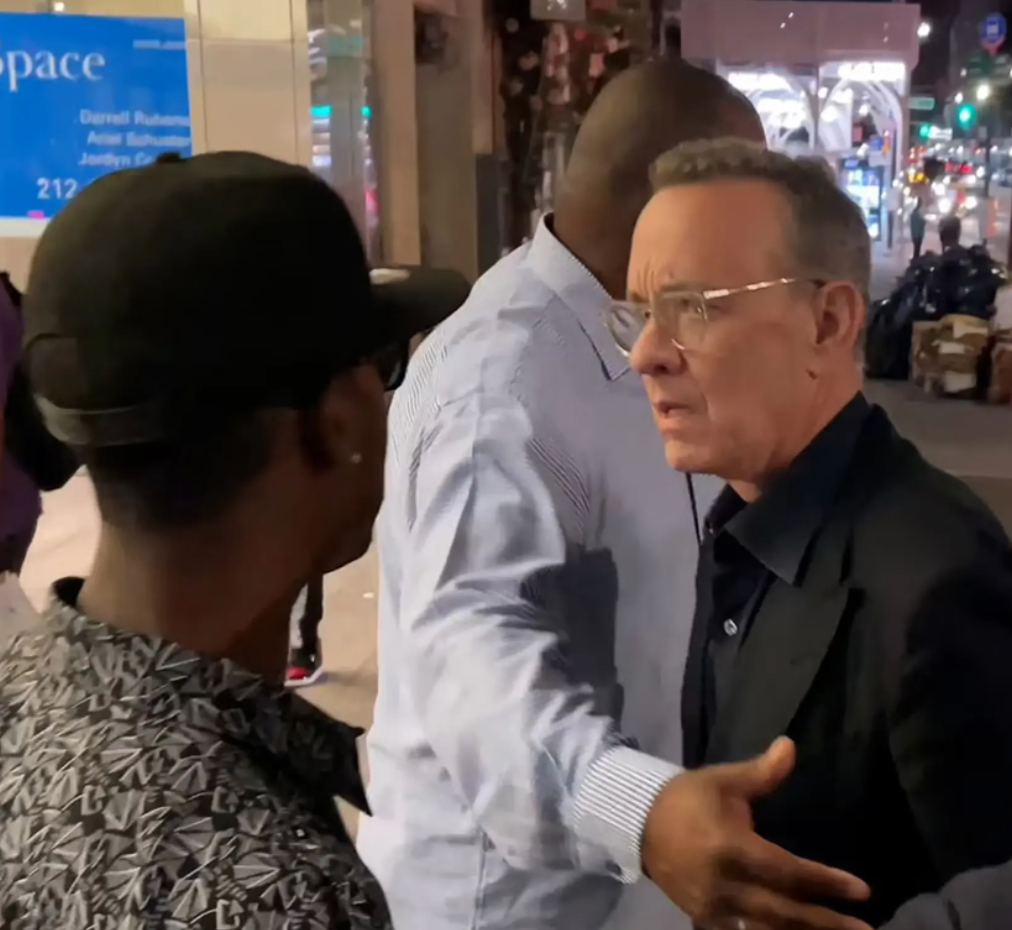 You thought Tom Hanks was nice all the time? Think again. The legendary actor, who is beloved around the world, showed off his angry side on Wednesday (June 15) in New York City.

The 65-year-old actor has been on a pretty grueling press tour for his upcoming ‘Elvis‘ film. He was in Australia just a couple weeks ago to promote the film, and then made the long journey to New York City, so he’s probably pretty low on sleep.

In any event, he and his wife Rita Wilson were walking through the streets of New York City when a group of fans surrounded them.

And unfortunately these fans got a little too close and nearly knocked over Rita in the process. You can see her nearly trip and fall to the ground after a fan bumped her from behind. She was shocked by the whole thing, clearly a little frightened.

That’s when Hanks stopped and yelled, “My wife? Back the f**k off! Knocking over my wife?!” and when we say yelled, we mean it. I felt like I was getting reprimanded by my stepfather. Flashbacks to childhood over here.

One fan could be heard saying, “Sorry about that, Tom,” as the paparazzi tried their best to act like they were part of Hanks’ entourage or something. They kiss so much ass, it’s truly unbelievable.

Anyway, as Will Smith has showed us, don’t mess with people’s partners. Hanks and Wilson have been married for 34 years. They met in 1981 on the set of Bosom Buddies. They clearly have a strong bond. One that is not to be f**ked with.

It’s kinda sad, really. The skinny white dude in the blue shirt seemed to be blamed for the incident when he wasn’t even the one who did the bumping. And then you had that guy in glasses be like, “Yeah, they buggin’” as if he played no part, lol. Smoooooth.