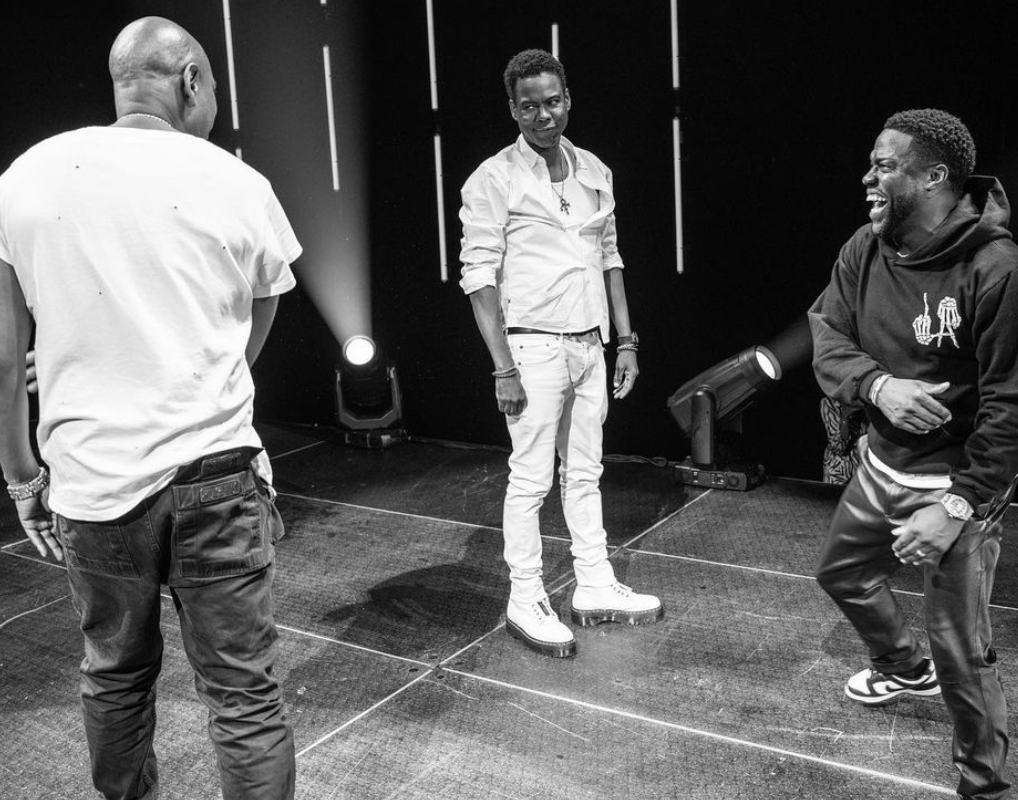 Kevin Hart Just Had The Best Night Of His Career, Thanks To Chris Rock And Dave Chappelle

Kevin Hart is one of the most popular comedians in the world. There’s probably not an arena/stadium in the world he couldn’t and hasn’t sold out. He’s, without a doubt, had some very memorable nights.

Dave Chappelle shocked the crowd on Saturday night by showing up unannounced. He just kinda walked onstage without any introduction, joking, “Had to sneak my way in here,” which received a nice reaction from the audience.

As some of you may have heard, Chappelle made headlines last week after one of his own comedy shows was forced to move to another venue in Minneapolis following backlash from the public.

There was no backlash on Saturday night, though. Hart explained on his Instagram account that it was the best night of his professional career.

Last night was by far the best moment of my career….I can’t even explain it…I can’t find the words. Just know that last night was the true definition of a ‘EPIC NIGHT’ …..I love my brothers more than words can explain. What we did to the Garden will never be done again….We made history last night!!!!!!!! #ComedicRockStarShit #RockHartChappelle.

Chappelle, Rock and Hart later appeared onstage together by the end of the show to express their gratitude for one another. Hart even brought out a gift for Rock — a goat wearing gold chains — after he called him the Greatest of All Time, a.k.a. the G.O.A.T.

Yeah, he actually brought out a goat.