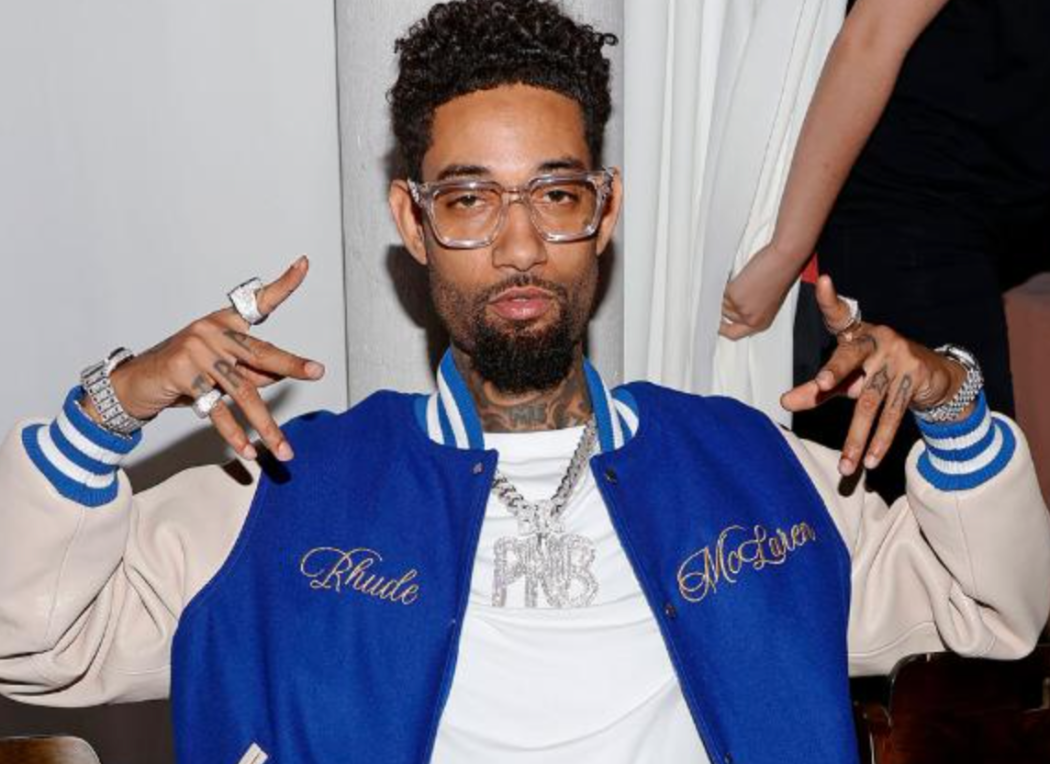 Police responded to a Roscoe’s Chicken and Waffles in Inglewood at around 1:15 in the afternoon. They discovered PnB in bad shape with multiple gunshot wounds. He was rushed to the hospital, but pronounced dead a short time later.

During the incident, at least one suspect approached the victim and a female witness inside the restaurant while they were eating and demanded ‘property,’ Muniz said. She was unable to say what type of property the suspect demanded. After a verbal exchange, the suspect shot the victim multiple times and fled in a getawaycar in an unknown direction, according to Muniz.

To make this situation even worse, PnB Rock was at the restaurant with his girlfriend/mother of his child, Steph Sibounheuang. We can only imagine the trauma she’s experiencing right now.

Sources say the robbery attempt appeared to be targeted. Earlier in the day, the 30-year-old rapper had posted himself wearing some expensive-looking jewelry.

Killing someone over some chains. That’s some sad sh*t, man.

The Philadelphia rapper has been featured on hits like ‘Everyday We Lit’ with fellow rapper YFN Lucci in 2017 and ‘Dangerous’ with rapper Meek Mill and singer Jeremih in 2018. In 2019, he also collaborated with singer Layton Greene and rappers Lil Baby and the City Girls on ‘Leave Em Alone,’ as well as with Chance the Rapper and Ed Sheeran on ‘Cross Me.’

He had just released his latest single, Luv Me Again, earlier this month. PnB Rock is survived by his two daughters, Milan and Xuri. Our thoughts and prayers go out to his friends and family.