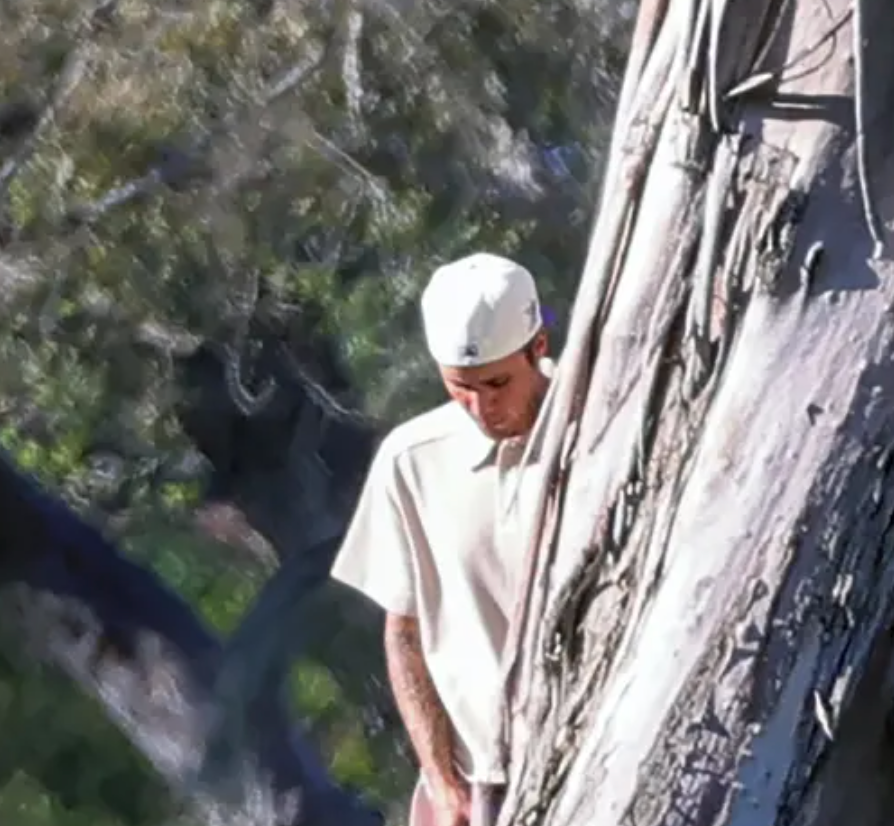 Justin Bieber Caught With His Hand On His “Member” While Playing Golf At Private LA Golf Course! 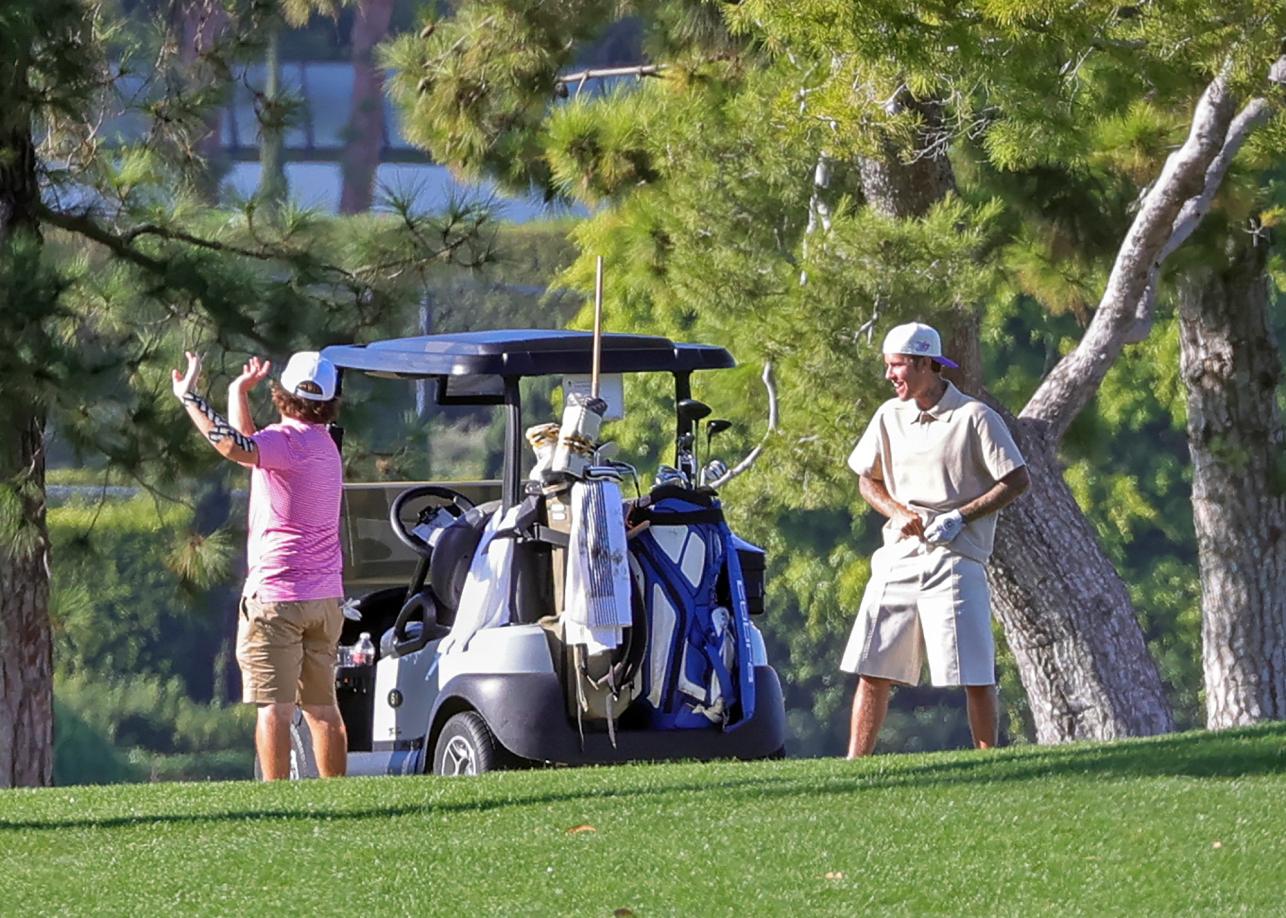 Justin Bieber was at some swanky private golf course in Los Angeles this past weekend with his bros to play a round of golf.

But apparently, he was a little TOO hydrated because he had to stop in the middle of the course to take a piss behind a tree. The 28-year-old pop star was seen discussing with his friends where he should pee, and that’s when they pointed over to a large tree.

Bieber laughed and then walked behind the tree and pulled his d**k out.

Bieber, who wore a matching cream ensemble, then walked over before unbuttoning his shorts and discreetly handling business. After some much-needed relief, the ‘Love Yourself’ singer wasted no time in getting back to the green.

And as he walked out from behind the tree, he still had his d**k out. The secret photographer actually got a shot of it all, but thankfully they’ve blurred out the private stuff. 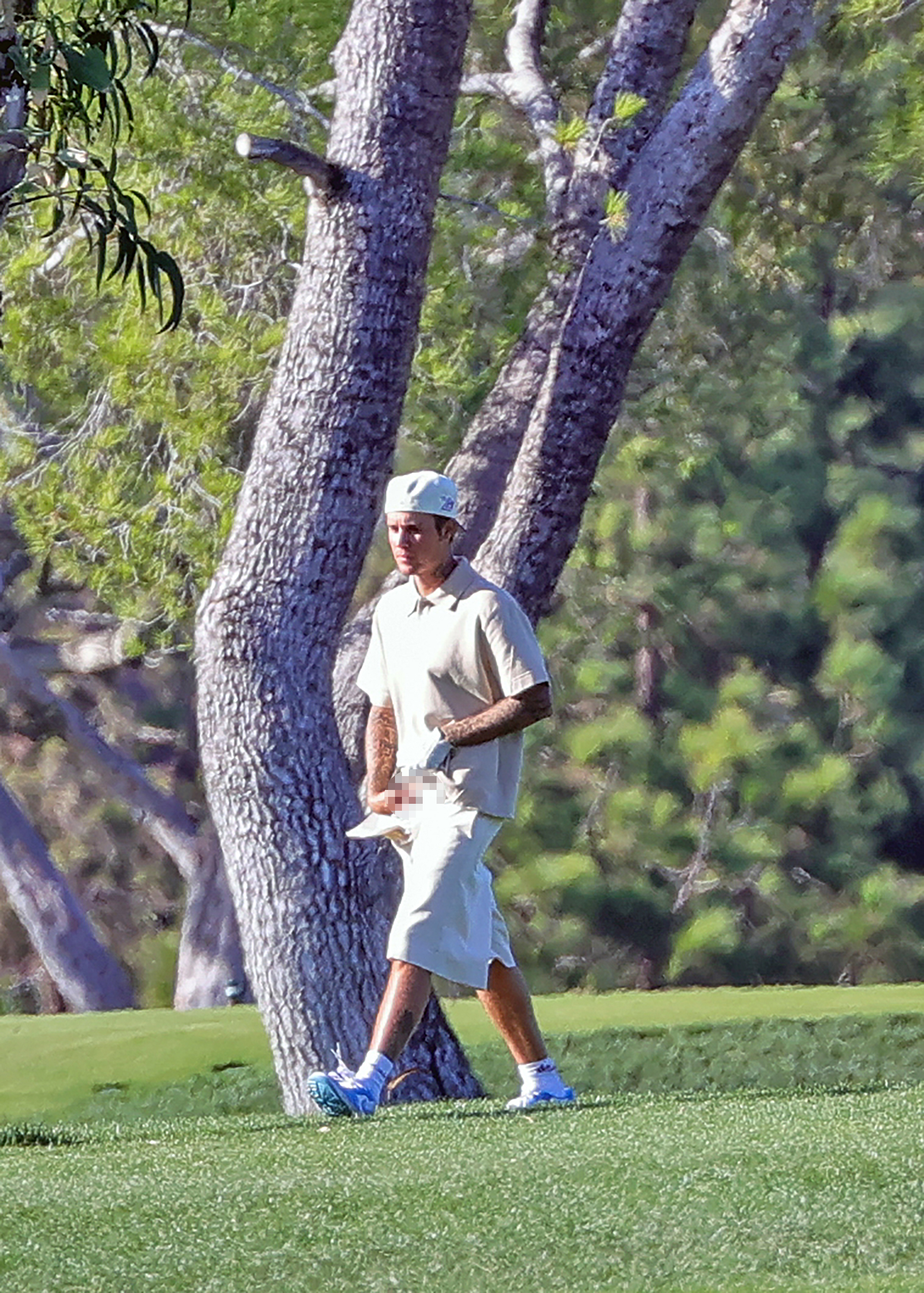 We can’t imagine the club was too thrilled with this behavior, but it’s nothing a generous donation can’t fix.

This isn’t the first time the Biebs has peed in public. Back in 2013, during the height of his douchebag era, he took a leak inside a mop bucket at the back of a restaurant. And while he was peeing, he yelled, “F**k Bill Clinton!”

Oh boy. I forgot how embarrassing that video was. Them screaming “We’re the wild kidz” is peak cringe. I need to take a shower to wash it all away.