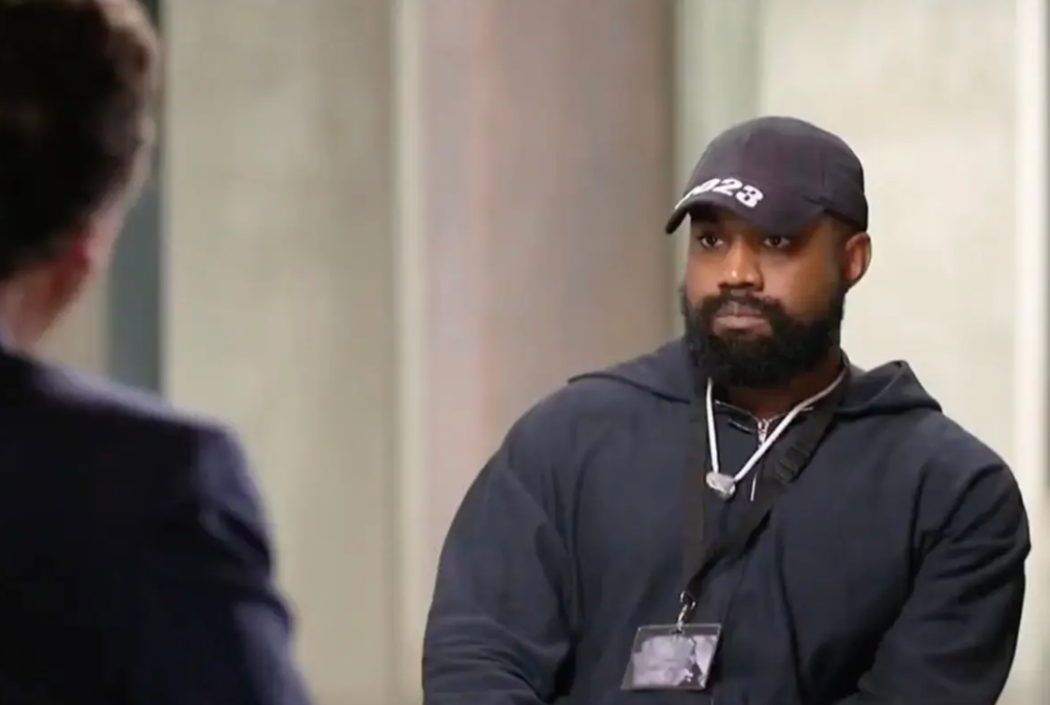 During the interview, there was a lot of talk about Kanye’s “White Lives Matter” t-shirt. Of course, Tucker was a fan because he’s spent the better part of his career screaming, “BUT WHAT ABOUT WHITE LIVES?”

Kanye claims the shirt idea was just a feeling from God.

I do certain things from a feeling. I just channel the energy, it just feels right. It’s using a gut instinct, a connection with God and just brilliance.

West claimed that even his father, a former Black Panther, found the shirt to be funny.

I thought the shirt was a funny shirt. I thought the idea of wearing it was funny. And I said, ‘Dad, why do you think it’s funny?’ And he said, ‘Just a black man stating the obvious.’

Don’t let me explain it though. I think Michael Che does a pretty good job.

In addition to talking about how White Lives Matter, West also had to trash Kim Kardashian during the interview.

He talked about how he didn’t like the imagery of her billion-dollar shapewear/underwear brand, Skims.

I had a lot of issues with the imagery of Skims. I felt like there’s a lot of imagery that was overly sexualized and things that I wouldn’t want to see my wife, and definitely not my daughters, doing in the future in order to sell product.

Of course, West got with Kim knowing she was famous because of a sex tape. Also, West is not above sexualizing women.

Here are just some of his lyrics…

For all the girls that got d*ck from Kanye West
If you see ’em in the streets give ’em Kanye’s bests
Why? They mad they ain’t famous

Whip that, bitch out
Tits out, oh s**t
My d*ck out, can she suck it right now?
F**k, can she f**k right now?
I done asked twice now
Can you bring your price down?

What a godly man.