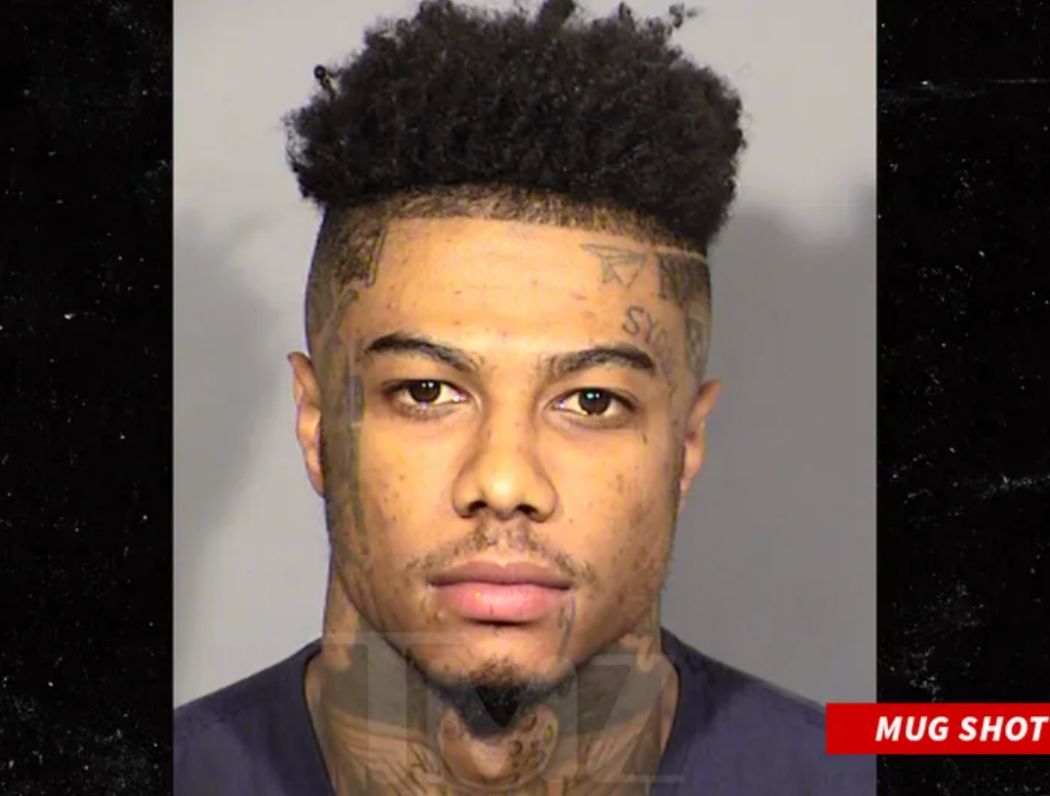 Los Angeles rapper Blueface, who went viral back in 2018 due to his offbeat style of rapping, has been arrested for attempted murder, and the arrest was pretty dramatic.

The 25-year-old was taken down and cuffed on Tuesday outside Lo-Lo’s Chicken & Waffles in Las Vegas. He was sitting on a bench with his girlfriend, Chrisean Rock, when a swarm of undercover officers ran over and grabbed him, slamming him against a wall.

People at the scene claim there were at least six or seven officers in on the arrest, and they were all hiding out in unmarked cars.

According to the legal docs, Blueface was arrested on a felony attempted murder with the use of a deadly firearm charge, which sounds pretty damn serious. They don’t break out the undercover cops for nothing!

The incident in question reportedly happened back on October 8, but we don’t know much about it. We’re sure more details will be released. Blueface has previously been arrested at least two times, the most recent arrest happening in 2019 for felony gun possession.

As for his girlfriend? Well, she’s standing by her man. She went live on her social accounts following his arrest and got pissed at people who were telling her to leave him. She pointed out how he stuck by her when she was locked up.

The ride-or-die GF also told haters she was debating getting another Blueface tattoo, and even worked in a plug for their upcoming documentary.

Well, at least Blueface knows he has a woman waiting on him back at home. He’s set to have his first court appearance later today (Nov. 16) and we have to imagine his attorney will try to get him out on bail.