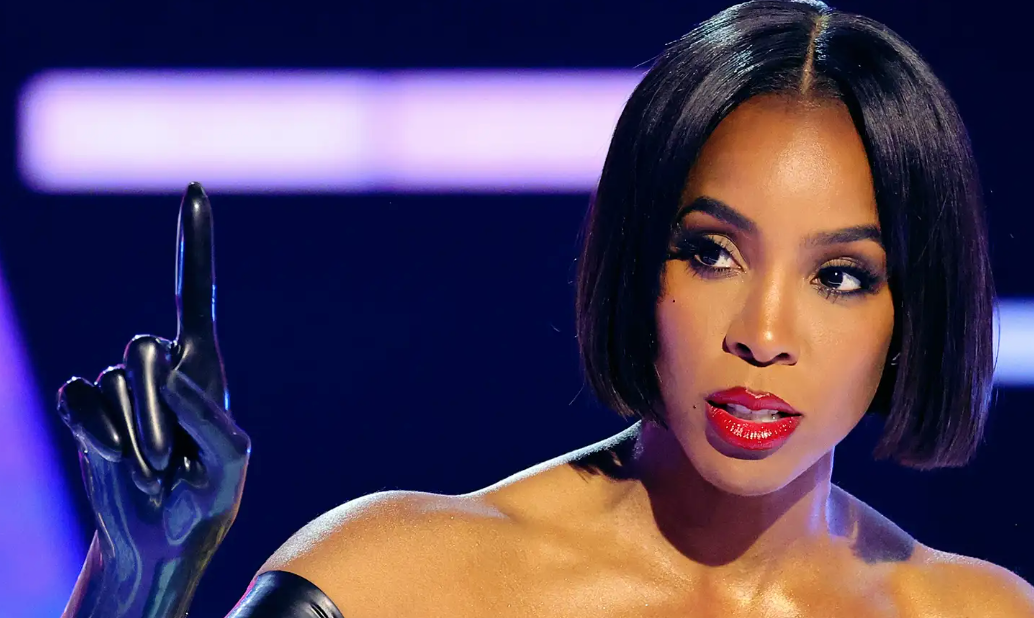 Kelly Rowland jumped in front of the crowd at the AMAs on Sunday to accept the Favorite Male R&B Artist award for Chris Brown, who was not in attendance.

After it was announced that he won, there were some boos coming from the audience. Not a lot of boos, but enough to where you could hear them.

The reaction caused Rowland to defend her friend, saying, “Excuse me. Chill out,” and then continuing her speech, thanking Brown for his “great” contribution to music.

Brown was supposed to perform at the awards show, but his Michael Jackson tribute was scratched at the last minute. An exact reason was not provided, but we have to imagine the producers got cold feet.

That being said, we really have to figure out who we can and cannot celebrate as a society. Because look, my personal views on Chris Brown are that he’s a crappy person who failed to take responsibility for beating the sh*t out of Rihanna. I think he’s immature and a huge douchebag.

But you know who else I think that about? Mark Wahlberg. The dude was involved in a number of “racially motivated” attacks when he was a teenager. He attacked two asian dudes, one with a 5-foot long wooden stick and yelled, “Vietnam f**king sh*t!” as he beat him unconscious.

He then beat up a second dude, punching him in the eye and leaving him blind. Then decades later, in 2014, the dude tried to get the assault and battery conviction removed from his record.

At the time, he claimed he wanted his record clean to show how people can change in life. How lives can be turned around and how people can be redeemed… but also he REALLY wanted to pursue a concessionaire’s license in California for his restaurant business.

But you don’t see Wahlberg being shut out from award shows. You don’t see Hollywood trying to cancel him.

And if you’re wondering what the difference is between Wahlberg and Brown, well, you don’t have to look beyond the color of their skin.