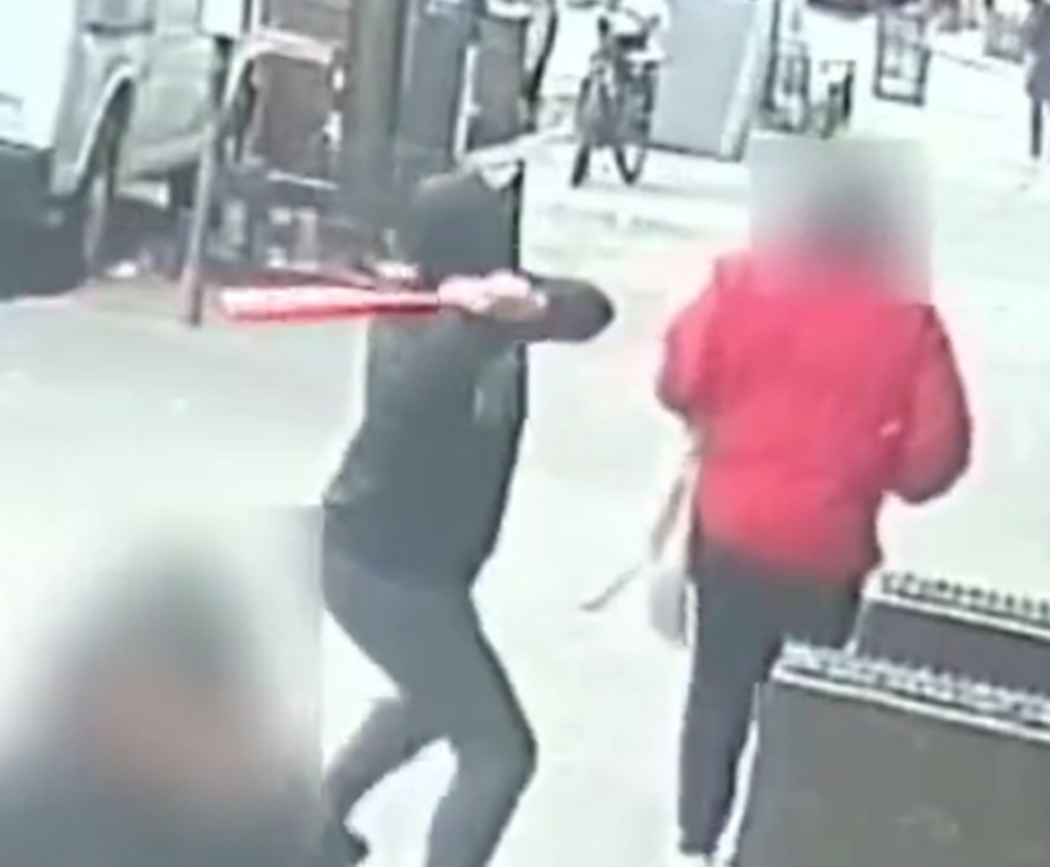 Last week, a 47-year-old man was attacked while walking down a street in New York City. He was hit in the head with a baseball bat and knocked down to the ground where he also hit his head on the pavement.

He was rushed to the hospital with lacerations and bruises, but thankfully he’s expected to make a full recovery.

As you can see in the video, the attacker was screaming at this poor dude and he looked like he was about to hit him again, but thankfully he didn’t.

At first, cops believed this must have been a targeted attack because the attacker was attempting to hide himself in the beginning, but now it’s starting to look like this attack was completely random, which makes it even more terrifying.

Cops arrested a 36-year-old man named Karim Azizi in connection with the attack. He was arrested Wednesday morning by NYPD and charged with assault, attempted assault and criminal possession of a weapon. I kinda feel like they should add an attempted murder charge in there. A baseball bat to the head can be deadly.

Law enforcement sources tell us the perp and victim were total strangers, and that the beating seems to have come out of nowhere, despite some believing it may have been targeted at first. A warrant squad, we’re told, picked Azizi up at his Hamilton Heights home.

The video of the incident helped law enforcement track down Azizi.

Crazy, crazy stuff. You can’t even walk down the street anymore! I’m always checking my surroundings. I don’t care how crazy I look. If someone is about to hit me in the head with a baseball bat, I want to know about it first.