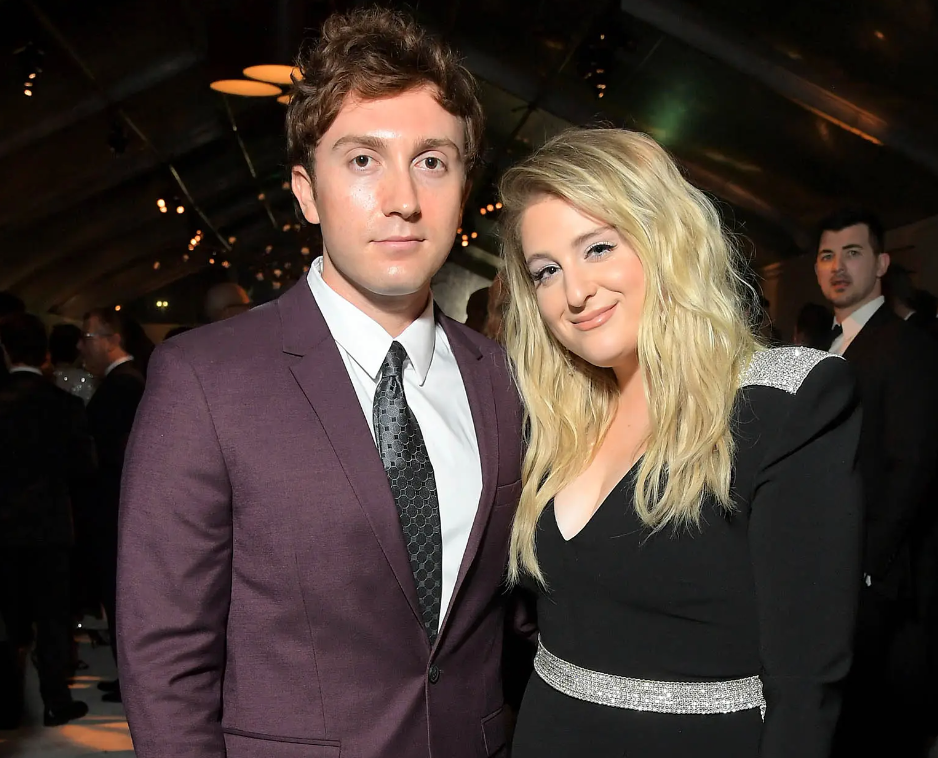 Daryl Sabara is probably best known for being that kid from the Spy Kids movie franchise. Although, these days, he’s perhaps better known as the husband of Meghan Trainor. For those who don’t know, the two stars fell in love after meeting at a party and got married in 2018.

They now have a two-year-old son together and often share adorable family moments on their super popular TikTok account.

But it’s not all sunshine and rainbows. During a recent appearance on Meghan and her brother Ryan’s podcast, Workin’ On It, Daryl revealed he recently made the decision to get completely sober.

He cut out alcohol and weed completely.

I feel good. I feel great. Figuring out that being alone is kind of a trigger for me. I know now when I’m alone to be ready for the little bastard inside my head to be like, ‘Hey buddy. It’s just us now. What are we gonna do?’ And that’s huge to know that it’s comin’ instead of just being, like, going straight to booze or weed.

He admitted cutting out weed was more difficult for him because he never did see any obvious negative side effects from it, but his therapist told him something that made him change his mind.

She just said, ‘If you wanna be on your A-game, maybe consider full sobriety,’ And I was like, ‘What the f–k? Of course, I wanna be on my A-game.’ She was like, ‘You’d be surprised. A lot of people don’t.’ But that really sparked something in me to go, ‘OK, you know what? Even though weed’s not, like, necessarily bad for me right now, I don’t need to keep testing it out to wait for it to get bad or to get in a bad spot. So, let’s just try this full sobriety thing.’

The 30-year-old actor also revealed that Meghan constantly helps him become a better person. Meghan remembered a time early on in their relationship when she came home and saw Daryl smoking in the backyard.

I saw Daryl in the backyard, I’ve dated him for a while now, know him so well, saw a f–king cigarette, I thought it was a lollipop, in his mouth, not even lit yet, about to light it. He hears me. I go, ‘What are you doing?’ Puts it, hides it in his pocket like a toddler.

“She makes me a better person,” he responded. And that’s all you can really ask for out of a spouse. If they’re making your life better, it’s probably working out.