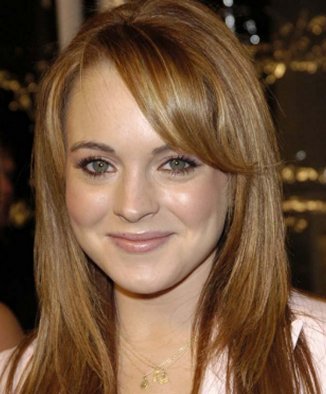 Lindsay Lohan Gets a Job, She Will be Playing Liz Taylor in “Liz and Dick”. No it’s not a P0rn!

If Lindsay Lohan can stay out of bar brawls long enough for filming then she has officially landed the job.  She will be portraying the legendary Elizabeth Taylor in the movie, “Liz and Dick”.  Relax, Relax, it’s a Lifetime movie so it will only be seen on cold-ass November Sundays by 29 year old women with no kids.  (Or 46 year old divorced women with kids that have moved out).

Although she thought she had the role in the bag, her recent troubles with the law put things in limbo.

Larry Thompson said he was basically waiting for Lindsay to get her act together before offering her the role officially,

“We have wanted Lindsay from day one, She had a lot in her life that was going on. We needed to give her time to take care of her business, and while we negotiated the deal for her we prayed for her—and wonderfully she has behaved. She’s cleared herself and we’re ready to start this movie.”

Here’s what Lindsay had to say to the press regarding the role….and more importantly the much needed paycheck,

“I have always admired and had enormous respect for Elizabeth Taylor. She was not only an incredible actress but an amazing woman as well. I am very honored to have been asked to play this role.”

The movie itself should be good.  It’s about the story of Richard Burton and Liz Taylor.  The two were married when they met on the set of her epic movie Cleopatra.  They fell in love, and decided to both leave their current marriages and marry each other.  The marriage lasted for 10 years.  They got divorced then re-married again a few years later, then re-divorced.  All I can think of is, “the sex must have been good”!  Tell me you guys weren’t thinking the same thing.  J  “Liz & Dick” is set to begin filming in early June in Los Angeles.