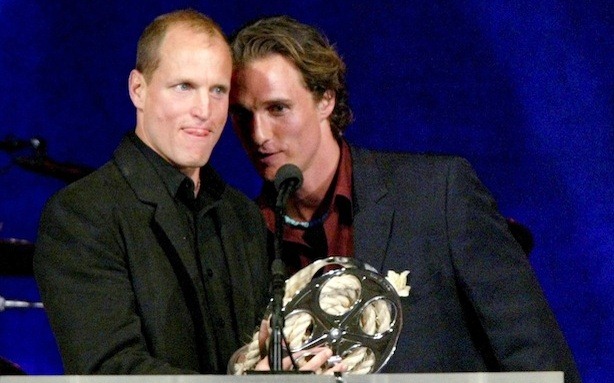 It’s been a long time since I’ve been excited about a TV but True Detective has all the makings of something serious.  I have always thought that Harrelson and McConaughey oddly enough reminded me of each other, now they will be the main focal points of what is being described as an elevated serial narrative.

McConaughey and Harrelson will be playing two detectives who cross paths during a hunt for a serial killer.  The hunt starts in 1995 and takes you right to today.  It will be only 8 episodes which at the end the case is resolved.  If picked up for future seasons, season 2 will be new characters and new stories…..ala’ American Horror Story.

Production is ready to start immediately.  Two episodes are written and ready to shoot.

This will be McConaughey’s first taste of TV where it’s an old hat for Harrelson who we all know and loved for years as Woody.  He also had a small seven episode stint on Will & Grace, but we’ve most recently loved him in Hunger Games.

McConaughey and Harrelson have costarred in two movies before Edtv and Surfer, Dude but this will be their first Television show together.  [more…]