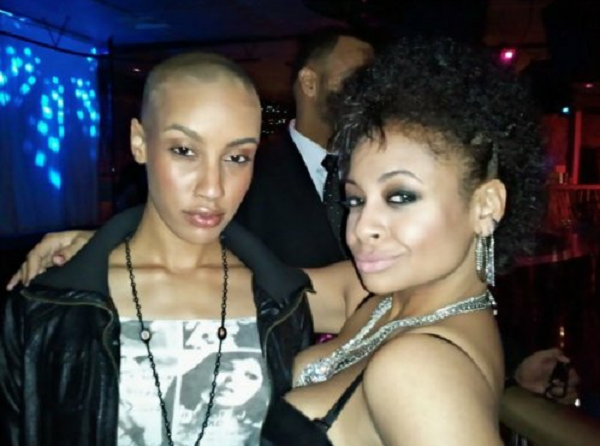 Is Raven-Symone A Lesbian? She Addresses this and Rumors of Living with AzMarie Livingston on Twitter

There has been rumors of Raven Symone being gay for years and recently they have been fueled by pictures of her seen with America’s Next Top Model contestant, AzMarie Livingston.  Livingston is said to be living  with Raven in her NY Luxury Condo.

Sources say that Raven, now 26 years old doesn’t care about what her family thinks about her dating choices.  A source close to Rave is quoted as stating,

“Raven has lost almost 30 Pounds, has done a whole image makeover, and now she is the star of ‘Sister Act’ on Broadway,”

“She’s at a point now where she doesn’t care what her family thinks, and she’s in love with AzMarie. She’s a lesbian and wants to live that way.

“She feels her parents are still trying to treat her like she’s a kid, and she’s told them she’s going to do what she wants.”

Raven took to twitter.  She never says she’s not Gay but she says she’s happy. In regards to who she’s dating she confirmed she has beein in a long relationsip with  Nunovya.    Nunovya Business!! Basically she says she has never publicized who she was dating before and was not about to start now.  To me, it looks like the jig is up.  With the increasing pressure, let’s see if Raven Symone gives in. If there were ever a time for you to come out, it would be now.