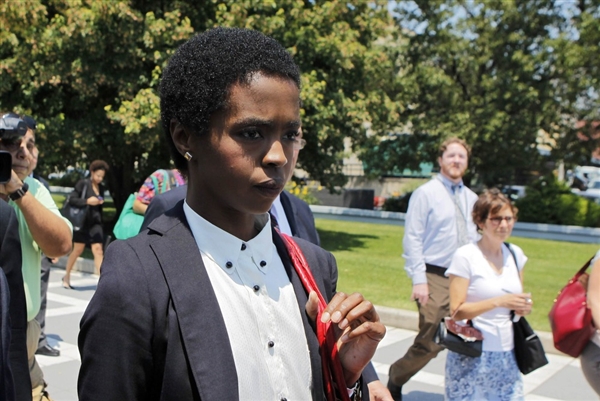 Lauryn Hill was in court on Friday to answer to the tax evading claims we reported a few weeks back.  Between 2005 and 2007 Hill did not pay taxes on the $1.8 million that she earned.

She plead guilty and did not want to speak at all during the hearing.  She had nothing to say.  Guilty as charged!  Her attorney told the court that she would be paying the taxes that she owed and they even delayed her sentencing so she can put some money down on her debt

HILL DID MAKE ONE WIERD STATEMENT

When US Magistrate Michael Shipp asked Hill if anyone told her to plead guilty she replied,

“Indirectly, I’ve been advised my ability to speak out directly is for another time, at sentencing.”

TVST =>  I just hope that she doesn’t come back to court with one of her holier than thou statements.  It’s going to do nothing but piss off  the judge and have her behind bars leaving the children she is “trying to protect” without their mom.  Hopefully she can put her ‘tude aside and play the game enough to keep her ass out of the slammer.

Hill is out on $150,000 bail.  She can perform overseas and she has been ordered to have mental health counseling.  Sentencing is scheduled for November 27th .
[more…]