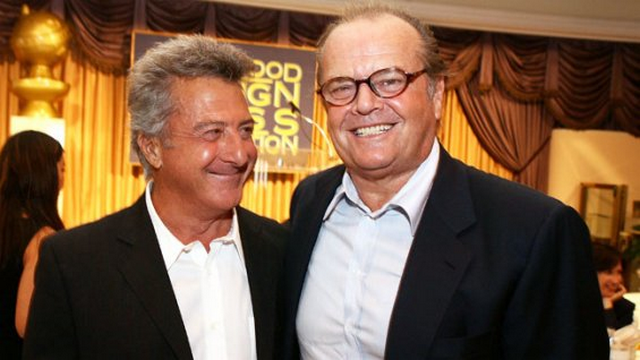 Is Jack Nicholson Retiring From Acting?

Rumors were running wild all over the internet yesterday, rumors that claimed the legendary actor was retiring from acting. The news of Jack Nicholson’s retirement even made it to the front page of Reddit.

It appears that the rumors started after a report by Radar Online that claimed Nicholson was retiring due to memory loss.  A “source” who talked with Radar Online said the following,

“There is a simple reason behind his decision — it’s memory loss. Quite frankly, at 76, Jack has memory issues and can no longer remember the lines being asked of him.”

However, it turns out that this Radar Online source was just full of sh-t because the three-time Oscar winner has no plans to retire.

Maria Shriver confirmed to E! News that the 76-year-old actor has no plans to retire anytime soon. She also states that all of the rumors are “100% false.”

One source even claims that Jack is still reading lots of scripts, and is excited about finding a new movie to act in. So, to all you people that were freaking out yesterday, relax! Jack Nicholson isn’t going anywhere, at least not anytime soon.

You have to wonder where Radar Online gets their information from. Do you think they have people sitting at a table, just tossing out ridiculous rumors to spread around?

Bob: What do you have for me today?

Billy: We’re thinking about starting a rumor that Jack Nicholson is retiring.

Bob: That’s brilliant! But, why is he retiring?