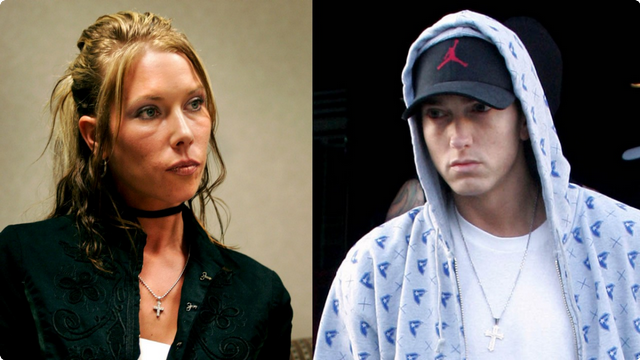 Eminem and Kim Mathers Getting Back Together? What’s The Mather with This?

It’s safe to say that Eminem and his ex-wife, Kim Mathers, haven’t had the best relationship. We’re pretty sure he has set her ass on fire in multiple songs of his, as well as choked her to death.

However, it looks like they may be trying to repair their damaged relationship. Kathy Sluck, Kim’s mother, spoke with RadarOnline the other day and revealed that Eminem and Kim see each other all the time now,

“She has been clean all these years, she just takes care of her family. She’s doing very well. I think they might (get back together soon), they get on better than ever.”

The 41-year-old rapper is currently building his ex-wife a mansion just a few miles away from his home in Michigan, which is kind of nice? It’s a mansion sure, but it’s in Michigan…you know?

Anyway, the grandmother of Eminem’s adopted daughter seems to think that Kim and Eminem will grow old together, “They will probably grow old together one way or another, as much as he says he hates her in music, he loves her that much too, I feel.” She told RadarOnline.

Well, I’m not sure I would recommend this, but you can’t stop love! Maybe now that they are older (and wiser?) they will be able to date each other without wanting to kill each other. Although, it seems like most married couples want to kill each other, so maybe that kind of thing is normal.