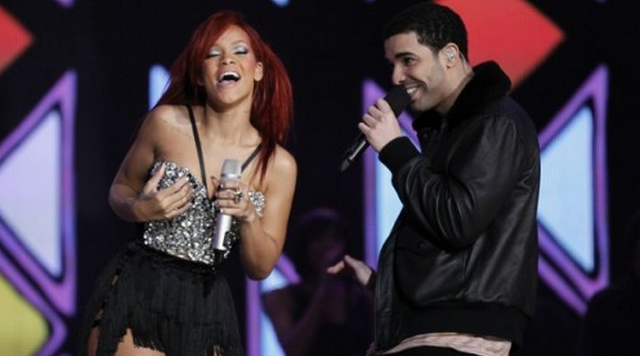 Move Over Chris Brown, Drake Has Completed The Robbery: Rihanna And Drake Together Again

It looks like Rihanna has finally moved past her “bad boy” stage. According to sources, the 25-year-old singer is now in a relationship with Drake, and she couldn’t be happier.

The source claims that Rihanna is finally seeing how a real man is supposed to treat his lady. She’s been telling her friends how Drake is a true “gentleman” and that he treats her like a queen, which is something Rihanna is not used to.

HollywoodLife.com spoke with the source directly,

“She’s used to bad boys, the ones who are hood and swagged out and real ghetto like her ex. But even though she’s use to all that ratchetness, it’s a real treat when she’s with Drake because everything flows well.”

You know it’s a trustworthy source when they use “ratchetness” in a sentence. But seriously, are they officially a couple? Are they planning on spamming their Instagram accounts with sickening photos of them cuddling on the couch?

“She’s already in a relationship with him — it’s a friendship and it’s a real close one.”

What the heck is that supposed to mean? That doesn’t tell us anything! I have a real close relationship with several of my friends, but I am not having sex with any of them.

Who knows if Drake and Rihanna will ever announce their love to the world. However, the source did say that Rihanna will have a hard time dating anybody else,

“It’s going to be hard for her to date someone in the future other than Drake because she says, ‘Since he’s been treating me like a queen, I can’t go back to bullsh**.’”

Come on, Rihanna! Do the right thing and make it official. You can’t string someone along like this, especially not when the person can’t even walk.