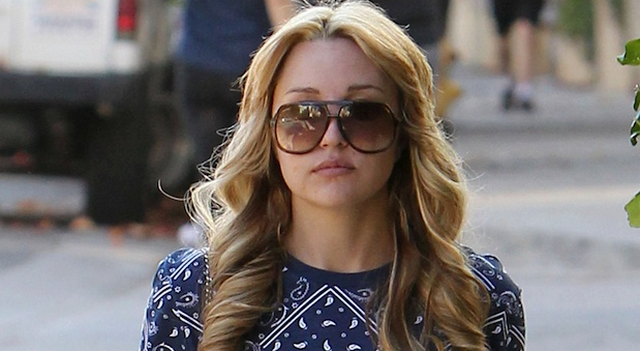 Amanda Bynes Back On The Right Track, Still Regrets Telling Drake To Murder Her Vagina

Let’s start off with the good news. Amanda Bynes is slowly making progress. As you all know, she went crazy last year and it was honestly troubling to watch. It was so bad that we no longer felt comfortable reporting her antics. We, like the rest of the world, could see she desperately needed some help.

And she finally recieved help after she started a fire on some stranger’s driveway last year. After several months in treatment, sources tell TMZ that the 27-year-old actress is almost back to her old self again.

She’s stopped smoking weed, she’s nice to everyone she meets and she’s beginning to remove some of her more inappropriate tattoos.

But wait, there’s more! Sources also say Amanda is now at the Fashion Institute of Design Merchandising in California, and she is one of the best students in her class. According to the sources, she is confident enough to make presentations in front of the class, and she even talks with her classmates.

All of this is awesome news, and we can only hope she continues to improve. However, there are still some things that haunt Amanda Bynes. Most notably, the strange comments she made about Drake. We all remember the time she told the world, “I want Drake to murder my vagina.”

It was shocking, hilarious and sad all at the same time. And now people close to the actress say the comment “horrifies” her, which they claim is a good thing. It shows that she knows the difference between right and wrong again.

Hopefully she doesn’t let that comment bother her too much. There are “normal” celebrities out there who say weirder sh-t than that on a daily basis.