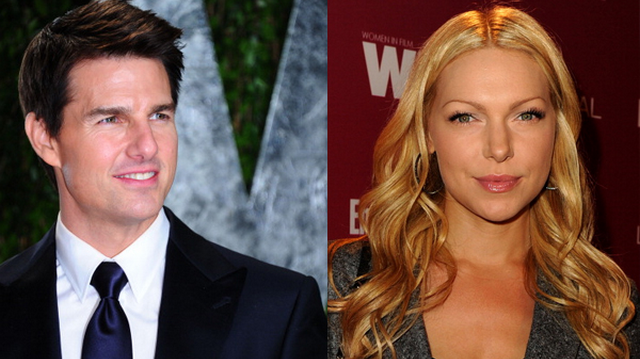 Are Tom Cruise And Laura Prepon Dating? Or Have They Never Even Met?

You may remember hearing about the dating rumors a while back when sources spoke with a British tabloid. The sources claimed they saw Cruise and Prepon eating together at the Manor Hotel in Los Angeles back in November. Once the story was published, reps for both actors denied the dating rumors.

Well, now Page Six is reporting that their romance is still going strong. They are allegedly still seeing each other, and doing their best to keep the relationship a secret. “It’s all the buzz on the set of her show.” An alleged insider told Richard Johnson of Page Six.

A relationship between the two would make sense because they are in the same cult together; however, reps for both stars continue to deny the rumors. In fact, they claim Laura and Tom have never even met!

What the hell is going on here? No, seriously…what is going on? Because we have no f–king idea. I have a hard time believing they’ve never met, especially since they are in the same cult together. It almost seems impossible for them to have never met. This is why I find it so interesting that their reps are working so hard to deny the rumors. Could they be hiding a secret relationship? Possibly.

Anyway, in more important news, the second season of ‘Orange Is The New Black‘ will be released on Netflix June 6.