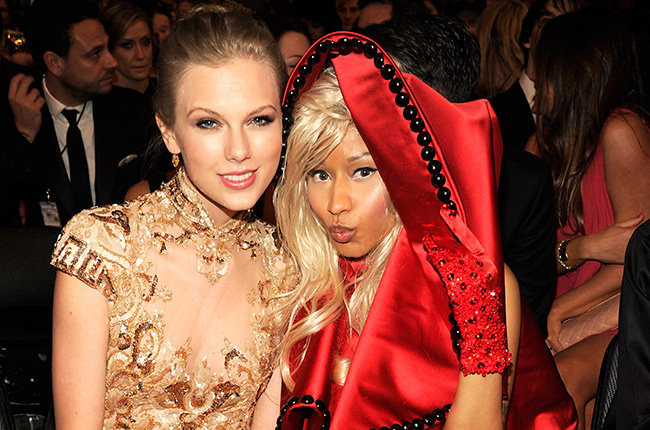 The Twitter War Of 2015 Is Over: Nicki Minaj And Taylor Swift Talk For Hours On The Phone After Swift’s Apology

Put down your baseball bats. The great Twitter war between Taylor Swift and Nicki Minaj is officially over. Seriously. We mean it this time. As most of you probably know, Taylor Swift apologized to Nicki Minaj yesterday after the huge misunderstanding.

“I thought I was being called out. I missed the point, I misunderstood, then misspoke. I’m sorry, Nicki. @NICKIMINAJ.” She tweeted out for the whole world to see. That was a really big moment in this feud. For someone as popular as T-Swift to admit they were wrong in public? That’s important. She didn’t have to apologize. Her fans are almost as crazy as Bieber fans. She could murder a puppy and her fans would still find some way to justify it.

But still, she went on Twitter and apologized. That makes me respect her, and it looks like Nicki respects her now as well. She wrote back on her Twitter account saying, “I’ve always loved her. Everyone makes mistakes. She gained so much more respect from me. Let’s move on.”

Ah. Doesn’t that just make you feel all warm inside? Nicki Minaj actually appeared on Good Morning America earlier today, and she talked briefly about the mess on Twitter.

We’re all good. We spoke for a long time on the phone. We were cracking up laughing. It’s over. We just have to have both images for girls. We can’t have one type of body being glorified in the media.

She also added that she would love to work with Swift in the future. We will be looking forward to that. Maybe they could switch things up and have Nicki Minaj sing while T-Swift raps.