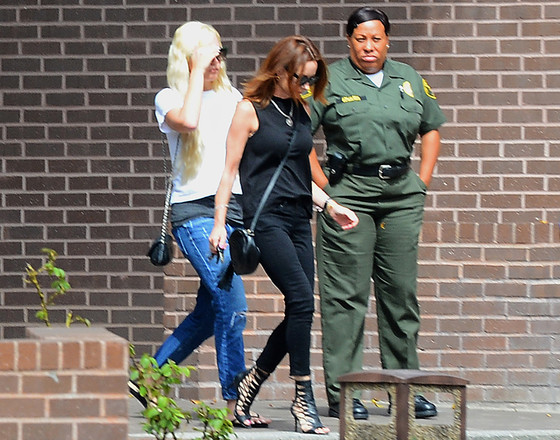 You see police station and Amanda Bynes in the same sentence, and you probably automatically think terrible things because of her past. Did she lose her mind again? How many fires did she start this time? None. Zero fires.

But instead of freaking out, she decided to visit the local police station. After the officers inside gave her tips on how to avoid the paparazzi, the actress left the building and presumably went back to shopping.  Police inside the station confirm that it was NOT a big deal. She was just there to ask some questions.

It looks like Amanda is slowly trying to put herself back out there. Last week, she made a surprising return to Twitter. She posted the photo you see below with the “fabulous” Michael Costello. She is obviously a huge fan of the fashion designer.

I had no idea Amanda was such a huge, huge fan of my work. She was really cool and was super nice and we talked a lot about fashion!

Now we just need to work on getting Amanda her own show on Nickelodeon again.