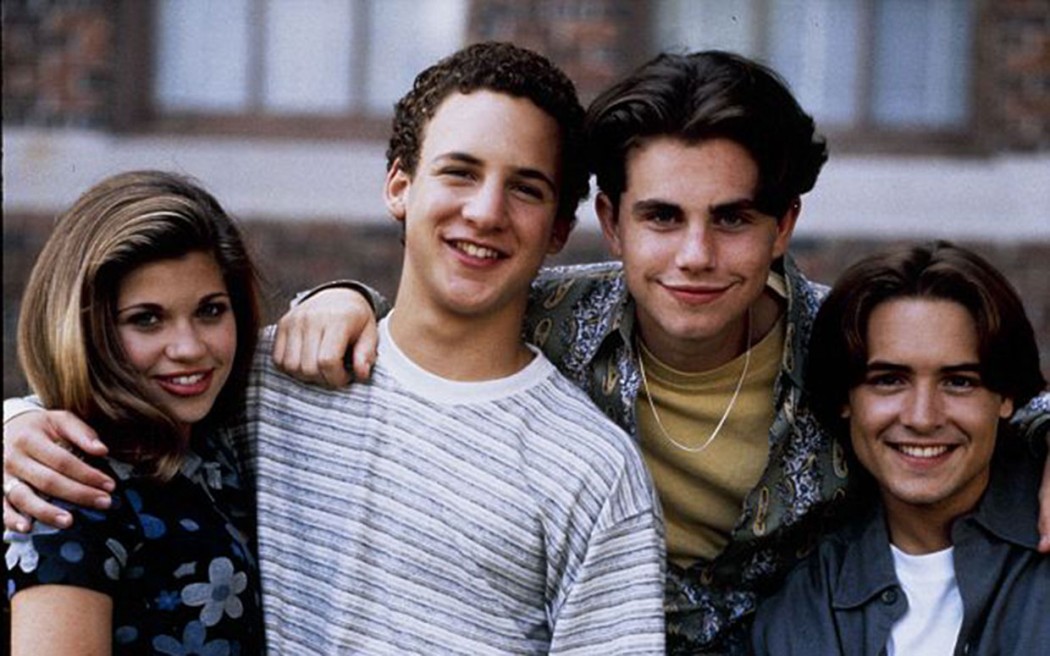 This one surprised me. Even though the ladies loved Shawn’s hair, the actor who played Shawn HATED it. During an interview with Cosmo, Rider revealed Michael Jacobs wouldn’t let him cut his hair.

“I hated my hair. I came to the audition with that hairstyle, got the part, and the director Michael Jacobs never let me cut it from there on out.”

So why did he even have that hairstyle in the first place? Girls. The answer is always girls.

“A bunch of girls at a sleepover told me to wear my hair like that — parted down the center — and I was 12, so I listened. It was my version of Christina Slater. But my hair is wavy and they would straighten it on the show and it would take forever.”

No. 6 – Why Were Scenes Between Only Shawn And Eric Limited?

If you’re a fan of the show, you probably noticed that Shawn and Eric didn’t really have a lot of scenes together. Some people claimed this was because Rider Strong and Will Friedle didn’t like each other, but it’s actually the exact opposite.

During a recent cast reunion on GMA, Friedle revealed the real reason was because they were always making each other laugh…

“They never let Rider and I do scenes together because we would look at each other and start laughing, so I think over seven years, we had, like, five scenes together.” What? You’re kidding, right? No. I am totally serious, brah. The writers originally named Lee Norris’ hilarious character Stuart Lempke, but in the DVD audio commentary, they revealed they were forced to change his last name after discovering there was an actual person in Philly named Stuart Lempke.

I think we can all agree Minkus was the correct decision. For two seasons, Mr. Turner was a beloved character in the Boy Meets World universe. The students loved him, the fans loved him, but then he almost died in that terrible motorcycle accident. After that, we never really saw him again, and the show only mentioned him once or twice after the emotional episode. This had many fans wondering what happened to Mr. Turner.

Well, thanks to the spinoff Girl Meets World, we now know exactly what happened to him. He appeared in a recent episode of the show, and it was revealed he married his nurse from the hospital, became a school superintendent in Manhattan, and even gave Cory his teaching job.

Best of all? Cory’s daughter calls him Uncle John.