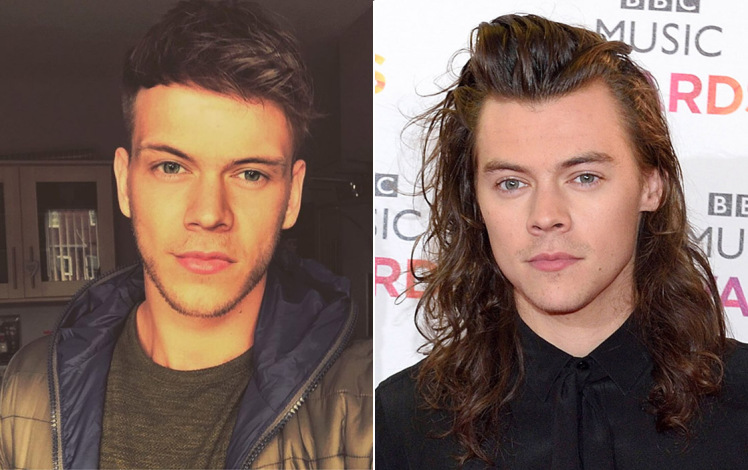 One Direction Fans Angry. Photo of Super-Hot Harry Styles with Short Hair is a Fake! HARRY REALLY DID CUT OFF HIS HAIR

That is true.  The One Directioner posted a photo on Instagram last Friday showing that his ponytail was indeed chopped.  He hashtagged the photo #littleprincesstrust.

The Little Princess Trust is a charity that provides wigs made of real hair for free to kids in the UK and Ireland who have lost their own hair as a result of Cancer treatment. Since that Instagram photo was posted, fans have been waiting for the actual photo of Harry with short hair, anticipating how he would look, including myself.  Getting that first photo and sharing it with your readers, is the bane of a Celebrity News website’s existence.

Hence why I was a little pissed!

It seemed that Ellis Lacy gave us all what we were waiting for. Who the heck is this guy anyway?  Ellis Lacy was a former X-Factor contestant who has gone on to create somewhat of a social media presence, which appears to be how he was able to get the face photo out there.

Because of his X-Factor connection, it was also totally possible that he actually knows Harry Styles, lending the proposed photo some additional credibility.

To convince fans even further he posted this video using a video faceswap app on his Facebook page.