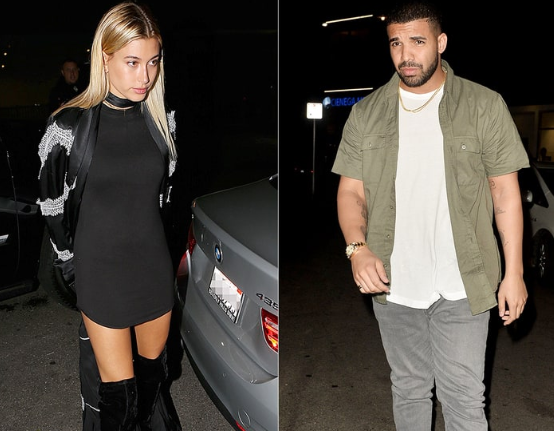 Drake and Hailey Baldwin were spotted leaving dinner at Ysabel Restaurant together in West Hollywood.

Back in January of this year, it looked like things between Hailey Baldwin and Justin Bieber were getting serious. Bieber’s Instagram account was filled with photos of the 19-year-old model, and in multiple photos, they were seen getting pretty close to each other.

But whatever that was is apparently no more. They are just friends again, and while the Biebs is trying to win over Nicola Peltz, Baldwin is seeing what 29-year-old Drake has to offer.

Baldwin obviously has a thing for famous Canadians. They were seen grabbing dinner together in West Hollywood on Tuesday after they reportedly hit it off at Drake’s chaotic house party. Sources say they were pretty flirty during the date. Drake even put his arm around her while they talked on the sofa.

And while most fans seem to be supportive of this fresh relationship, Bieber is reportedly trying to end it before it gets serious. Sources have told HollywoodLife.com that the 22-year-old singer has warned Baldwin that Drake is a player…

Justin is telling Hailey that Drake is a player and she should watch herself around him at all costs. She is laughing off Justin‘s talk and considering it jealousy and that he it is a matter of the pot calling the kettle black.

Everyone in Hollywood is a player. How do we know Baldwin isn’t playing Drake? Let’s give her a little credit. She’s a big girl. She can take care of herself.