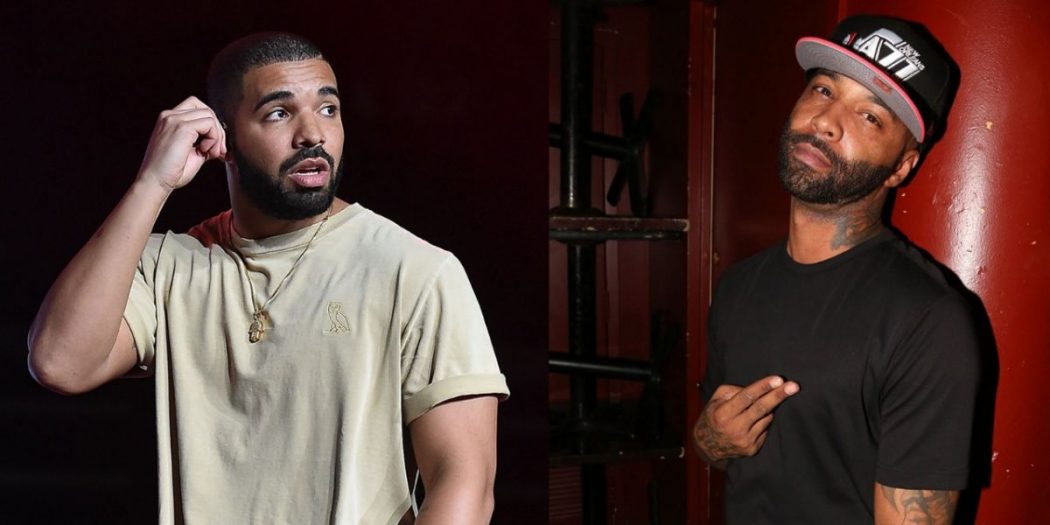 Joe Budden Finally Fires Shots Directly at Drake and Meek…Meek Responds but only on Instagram! (Songs and Posts)

– >>UPDATE JULY 17, 2016:Drake Gives Joe Budden What He Asked For (sort of) and Budden Drops A New 6 Minute Response in Just 4 hours! (#CanadianlivesMatter)

This beef has sort of been brewing for a while now.  The title “Making A Murderer” is named after a NetFlix Original film that follows a guy who got off a murder charge based on DNA evidence and in exposing the corruption in the police department that got him locked up, he is the suspect in a new crime. I think Joe is taking the title a bit more literally and the fact that Budden calls this “Making A Murderer (Part 1)” insinuates that he expects there to be a response from Drake and a follow up from himself which would naturally be Part 2.  He has knowingly or hopefully started a war.

HOW IT ALL BEGAN – SHOTS FIRED BY BUDDEN FIRST

On Budden’s podcast he gave Drake’s VIEWS a not so good review.  He called the MCs effort “Uninspired”.

“I think that that kid on that album that I heard sounds real fuckin’ uninspired.  That music sounds good and I enjoy it. I played that album all the way to D.C. and all the way back multiple times. 40 you sound amazing.

There are no ways to take Joe’s comments any other way.

The first is from a snippet that was revealed by French Montana via snapchat.  French and Drake collaborated on a track that French let leak over a 10 second clip.

You could hear Drake in the background towards the end of the clip saying, “Pump, pump, pump it up”.  Possibly referring to Joe Budden’s biggest hit of his career that was released in 2003.  This is why many are saying this entire thing is Joe’s attempt to be relevant.  If you are a Drake fan and you are 24 years old, Joe Budden was at the height of his “mainstream” career when you were eleven.

(I say mainstream because I think Joe is pretty relevant now, but many will argue this point.).

The 2nd shot fired came on 4 PM in Calabasas, although it’s tough to find any direct Joe Budden shots there are definitely shots fired at Diddy.

“The higher I get the less they accept me / Even had the OGs tryna press me, Ha-ha-ha-ha.”

That’s a Diddy laugh.  And if you didn’t think so, in the next line he mentions “Can’t Hold Me Down” and then mentions the album “No Way Out”.

Puff is not going to get into any beef.  He’s too smart.  It’s not that he is scared or has too much money to bother, he’s not an MC.  Nor would he be able to win an MC Battle against Drake, there is no upside for him.

Now if someone went for Jay (Z) , he’s and MC, even with all his money and his legacy in hip hop solidified, I would still expect  some retaliation.  That’s what true MC’s do.

In any case, Joe encouraged Diddy to respond via twitter.

Joe then decided to take it upon himself to do the dirty work.  Making a Murderer is Budden’s way of saying that Drake poked a sleeping bear and is now forcing Joe to lyrically murder him.  Drake has now made a murderer.

I’m right here per your request, now you stuck in them shoes
No alliances with Meek, it’s still fuck him too
Before we start, to the fans, I’m uncomfortable too
Stuck in the booth feelin’ like y’all cause I got love for the dude
But now my phone blowin’ up, they’re like what I’m gonna do?
Show the world you shouldn’t poke a man with nothin’ to lose
All of this just because I wasn’t in love with his Views
Whatever happened, I just know they got me fuckin’ confused, hey

Here is the full song as released on Joe Budden’s official Youtube…..